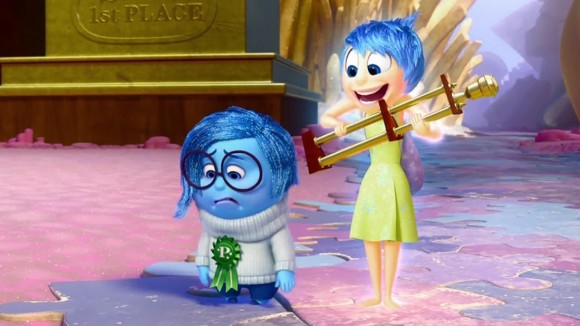 If you’re from Minnesota, chances are you’ve experienced a devastating Sunday, but the silver lining is that the most famous animation director from your state just won a Golden Globe.

Congratulations to Minnesotan Pete Docter and the rest of Pixar’s Inside Out crew for winning the Golden Globe tonight for best animated feature. The other nominated films in the category were Anomalisa, Shaun the Sheep Movie, The Good Dinosaur, and The Peanuts Movie. Since the Golden Globes instituted a best animated feature in 2006, Pixar has won the award 7 out of 10 times. Docter also won in 2009 for Up.

Asked after winning the award whether there would be an Inside Out sequel, Docter responded, “Our philosophy at Pixar has always been, Let’s find something that’s really worth talking about. We’ll put some thought into it.”