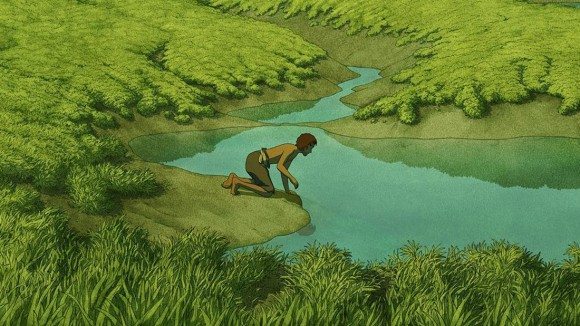 The last time SPC released an animated feature was Sylvain Chomet’s The Illusionist in 2010. The company has also released a handful of other critically acclaimed animated films, among them Persepolis, The Triplets of Belleville, and Waltz with Bashir. SPC also tried to acquire Anomalisa last year, but was outbid by Paramount, which reportedly paid over $5 million for the stop motion feature.

The Red Turtle premiered this week in the Un Certain Regard category at the Cannes Film Festival. The European film has benefited greatly from its co-production arrangement with Japan’s Studio Ghibli, generating interest from audiences who otherwise wouldn’t pay attention to a dialogue-free French animated feature. A copy of the trailer on an unofficial Ghibli Youtube fanpage has exceeded one million views in less than a week, which is unheard of for an art-house European animated feature like this:

“The Red Turtle takes you on an ultimate journey through life,” SPC said in a statement. “It sweeps you up in fantasy, poetry and awesome visual beauty. Artistically and commercially it is a major movie for all ages.”

Prima Linea Productions handled the animation production on Red Turtle; other companies involved in the production and financing of the film include Wild Bunch, Why Not Productions, Arte France Cinema, CN4 Productions, and Belvision.

No release date has been set, but expect SPC to release it before the end of the year so that it qualifies for this year’s award cycle.