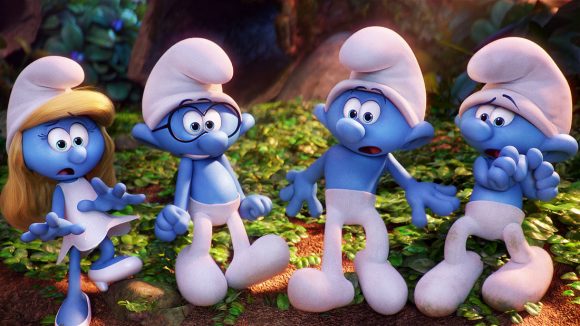 Following up on the film’s teaser release in September, Sony has delivered a full trailer for the fully-animted Smurfs: The Lost Village:

Veteran director Kelly Asbury (Shrek 2, Spirit: Stallion of the Cimarron) says that his film “is a radically different take on the Smurfs and their imaginary world, fully computer animated, and much closer to the tone and style that creator Peyo initially envisioned.”

In the film, Smurfette, Brainy, Clumsy, and Hefty venture into the fantastical Forbidden Forest to find a mysterious lost village before the evil wizard Gargamel does, embarking on a “high-adventure journey” that Asbury says recalls films like Raiders of the Lost Ark and Goonies.

Written by Stacey Harman (The Goldbergs) and Pamela Ribon (Mind of Mencia), Smurfs: The Lost Village will launch in U.S. theaters on April 7, 2017.