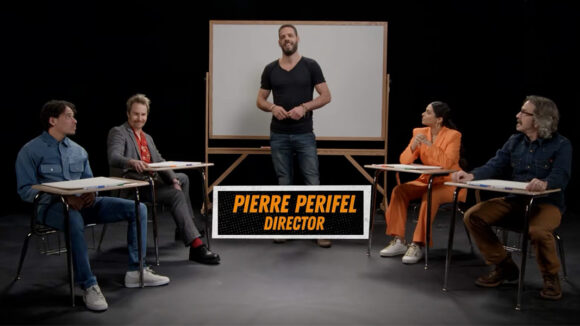 Studio promos for animated films tend to cut from the same cloth, but here’s a fun idea we’ve never seen before.

Director Pierre Perifel leads the session as he attempts to teach the actors how to draw the film’s lead character, Mr. Wolf:

It’s a light-hearted piece, but also perhaps a humbling reminder for voice actors: They get all the public-facing credit for animated characters, but the artists behind the scenes are the real heroes who makes these characters live and breathe onscreen.

So how’d the actors do? As Perifel tells Anthony Ramos at the end of the video, tongue-in-cheek of course, “You should stick to acting.”