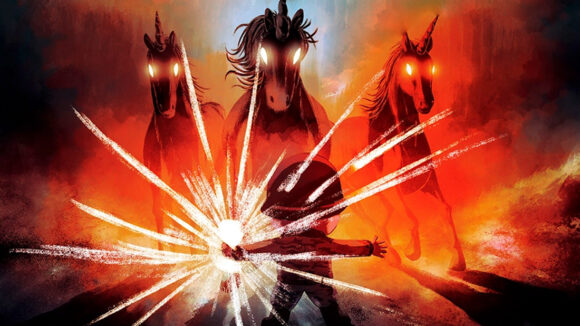 Earlier this month, we published a list of 22 big-studio features due out in 2022. While they will take the lion’s share of media attention, they only represent a small proportion of the animated films due out in the next 12 months. The rest of the world produces countless films each year — so many, in fact, that we’d struggle to round them all up in one list.

Instead, we’ve cherry-picked five indie features set to be delivered or released next year. Global animation isn’t shackled to Hollywood’s idea of what the medium should be, so these films explore a wider range of themes, through a broader set of styles and techniques, than would be possible at the majors. We’ve focused on films that will appeal to adults (which isn’t to say that none will be appropriate for children).

Only one has a confirmed U.S. distributor for now, which is unsurprising, as international features tend to be acquired only once they have premiered (if at all). With luck, all will eventually reach these shores. Meanwhile, we’ll keep an eye on festival line-ups.

After her grandfather dies, a city-dwelling woman returns to the countryside where she was raised, and confronts regrets and mistakes from the past. The shift from urban to rural environments is marked by a transition from slick 2d animation to earthy stop motion, the clay figures drawing inspiration from traditional crafts from the north of Portugal. Beato has directed a number of well-received shorts, including matador tale My Life in Your Hands. This, his first feature, is due to be delivered in June 2022.

Haruki Murakami’s bestselling books have been adapted several times, but never before in animation. Like most Murakami adaptations, Blind Willow, Sleeping Woman — a European, not Japanese, production — is based not on a novel but on the author’s short fiction: the film draws on several stories, including some published in the collection of the same name. Characters including a cat, a giant toad, an unambitious salesman, and a schizophrenic accountant work together to save Tokyo from an earthquake. We exclusively premiered the trailer last year:

“Apocalypse Now meets Bambi” is how its creators describe this film, which is set in the midst of a long-running war between teddy bears and unicorns. The incongruous mix of violence and cutesiness, and the surreal satirical humor, will be familiar to fans of Vázquez, whose works include the short Decorado (2016) and feature Birdboy: The Forgotten Children (2017). We exclusively premiered the trailer last year:

Artist Charlotte Salomon, who was killed aged 26 in a Nazi concentration camp, never achieved fame in her short life. But the autobiographical paintings she made in the years before her death have since been widely exhibited and drawn lots of attention to her tragic story, which is told in this biopic. Keira Knightley voices the painter. Charlotte is the only film here to have a confirmed U.S. distributor: Good Deed Entertainment, which will release it on April 22.

China’s most prominent director of indie animation is returning with his first feature since 2017’s Have a Nice Day, a gritty crime caper that incurred the wrath of the authorities. Artist 1994 focuses on art students in the early 1990s, a time of liberalization and radical cultural change in the country. The voice cast is said to include renowned Chinese director Jia Zhangke.