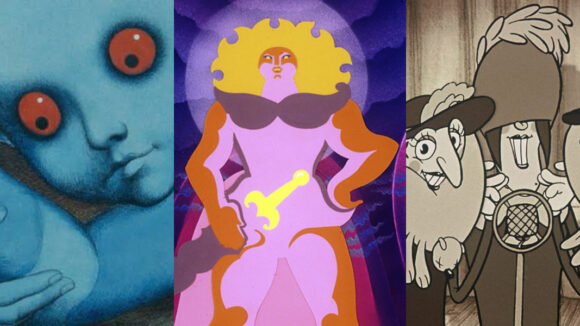 if you truly believe animation is art i think you should at least try to name three great animated films that aren't mainstream western kids movies to prove that point. (hard mode is no ghibli either).

Thanks to Twitter’s new engagement monitoring system, we can see that the tweet has been viewed more than 850,000 times. The post has generated over 600 replies and 1,400+ retweets with animation fans offering up hundreds of personalized suggestions. On the other hand, some of the replies dismiss the original prompt as gatekeeping.

Regardless of how readers feel about the prompt, in the end, we have an amazing list of animated features that validate, as Guillermo del Toro says, animation’s stature as a medium and “not a genre for kids.”

Amberly Ferrule proposed The Triplets of Belleville, I Lost My Body, and The Secret of Kells:

The Triplets of Belleville, I Lost My Body, and The Secret of Kells

I love Sleeping Beauty but since that doesn’t necessarily count for the list, I went with other phenomenal movies pic.twitter.com/stK4LjpttC

Another Cartoon Saloon feature to get a lot of love was 2020’s Wolfwalkers:

THE
Best animated movie to come out of the late 00’s. Purely hand drawn art that flows like water. pic.twitter.com/1eQtkQwXNC

The trio of The Night is Short, Walk On Girl, Persepolis, and My Life as a Zucchini was a hit:

The Night is Short, Walk On Girl
Persepolis
My Life as a Courgette pic.twitter.com/ZhDXhnxRq6

Cartoon Brew contributor Vincent Alexander offered up Son of the White Mare, Allegro non Tropo, and The Triplets of Belleville:

Way too many to name, but SON OF THE WHITE MARE (1981), ALLEGRO NON TROPPO (1976) and THE TRIPLETS OF BELLEVILLE (2003) are all classics. https://t.co/Ell2yUzcpG pic.twitter.com/cXyjnntsAr

Other picks included Tale of Tales and Alice:

Liz and the Blue Bird:

In this house we stan Naoko Yamada. She's a genius. Liz and the Blue Bird is one of my favorite movies of all time, animated or no pic.twitter.com/MLNz2uuOkj

The Last Unicorn, Perfect Blue and A Silent Voice:

God, I wish there were more Rene Laloux films… pic.twitter.com/exsI8u4f07

And we suggested Mind Game, Sita Sings the Blues, Consuming Spirits, and Adama:

These films are just the tip of the iceberg and there’s many more great suggestions in the replies. We’d also love to hear what your favorite examples of non-mainstream animated features that push perceptions of what animation can be.

Pictured at top: Fantastic Planet, Son of the White Mare, The Triplets of Belleville