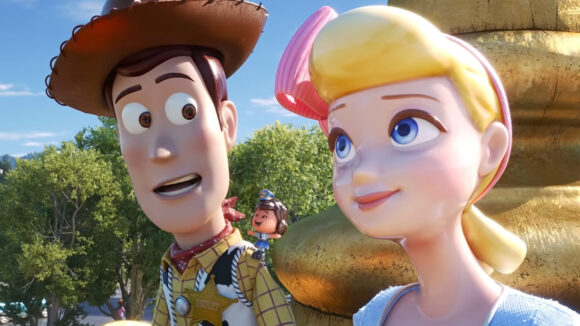 The first full-length trailer for the new installment was released this morning, and builds on the story of Forky, a new character introduced in an earlier teaser who will play a key role in the film.

As we’ve pointed out earlier, Toy Story is the equivalent of Pixar ‘comfort food’ — you’ve eaten it many times before and you know exactly what it’s going to taste like, but that’s not going to prevent you from ordering it yet again on the restaurant menu. In the world of entertainment conglomerates, old reliables like Toy Story are essential for appeasing shareholders, and in theory, give studios breathing room to experiment with original ideas that aren’t guaranteed hits.

Toy Story 4 has traveled a bumpy path to completion, pushed back repeatedly from its original release date in 2017 to 2018, and again, to 2019. Along the way, key people have been replaced, including the film’s original director, John Lasseter, who lost the gig to Pixar story veteran Josh Cooley (screenplay, Inside Out; director, Riley’s First Date?). The directorial switch was made long before Lasseter was forced into a sabbatical at Disney and Pixar for sexual misconduct claims.

Screenwriters Rashida Jones and Will McCormack also left the project in a very public split in November 2017, citing “creative and, more importantly, philosophical differences.” They’ve since been replaced by writer Stephany Folsom. And producer Galyn Susman was swapped out for Inside Out producer Jonas Rivera and Inside Out associate producer Mark Nielsen.

It’s not just the personnel that have been switched around, but the script too. According to Annie Potts, voice of Bo Peep, at some point during the production Pixar “threw out three-quarters of [the script] and rewrote.” Potts said that she typically works on an animated film for two years, “but because they threw most of it in the bin and started over [my time on the project has] been extended a little bit. I’ve done a lot of work on it.”