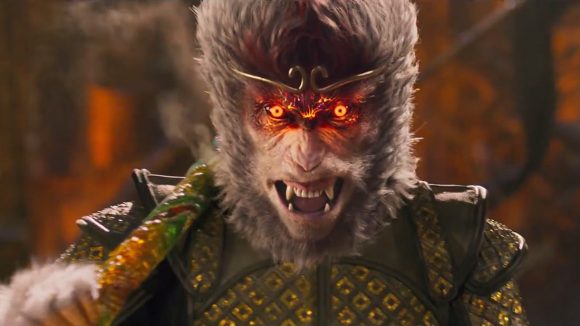 Chinese filmmakers have an everything-and-the-kitchen-sink mentality when it comes to vfx. They just keep packing them into every free inch of the screen, and often do so with little regard for how all the effects fit together. Or at least it can seem that way when watching their films.

The films can be a spectacular overload of clashing textures and patterns, odd cartoon timing, and lots of happy accidents that don’t happen in the more refined–and confined—world of western vfx. You can see a solid example of this in the new trailer for Journey to the West: The Demons Strike Back, opening in China next Saturday, January 28, which is Chinese New Year and a profitable time for film releases.

The effects for the $63 million film are credited to Bangkok, Thailand’s The Monk Studio and Kiev, Ukraine’s Terminal FX.

Demons Strike Back is slated to open in the U.S. on February 3 through Sony/Columbia.