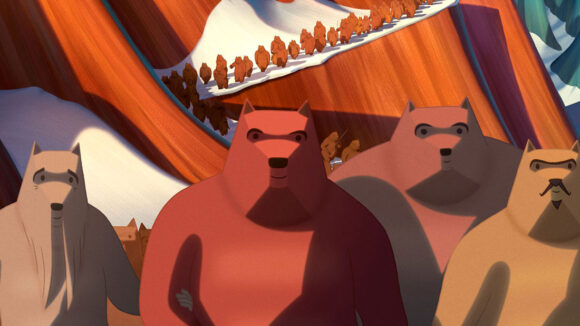 Year in, year out, France — the world’s third most prolific producer of animation — makes enough interesting films to fill a festival. Enter Animation First, a showcase of the country’s finest animation in the heart of New York. The festival’s third edition will be held at the French Institute Alliance Française in Manhattan from February 7–9.

The festival boasts an array of national and regional premieres, including the U.S. premieres of The Bears’ Famous Invasion of Sicily (image at top), by acclaimed illustrator Lorenzo Mattotti (whose New Yorker covers will get a special exhibition), and The Prince’s Voyage, by revered animator Jean-François Laguionie. As this year’s guest of honor, Laguionie will be around to present various screenings of his back catalogue, as well as his forthcoming feature Slocum.

Many recent festival darlings will also be shown, including Marona’s Fantastic Tale by Anca Damian, The Swallows of Kabul by Zabou Breitman and Eléa Gobbé-Mévellec, and I Lost My Body by Jérémy Clapin. Breitman will attend for a post-screening Q&A and Benjamin Massoubre, editor of I Lost My Body, will give a behind-the-scenes talk on the film.

The shorts scene will be covered in a Best of Annecy program, a panorama of works from offbeat production company Autour de Minuit, and a closing night screening of nominees at the Césars (France’s equivalent of the Oscars).

The program is rounded out by a series of industry events. There will be work-in-progress presentations of Mars Express, a feature-length sci-fi thriller, and Brazen a series that spotlights the lives of notable women throughout history. The directors of Brazen, Phuong Mai Nguyen and Charlotte Cambon de Lavalette, will join Damian, writer Anik Leray, and producer Valérie Schermann for a panel about the place of women in the animation industry.

For more information, including a complete program and tickets, head to Animation First’s website.