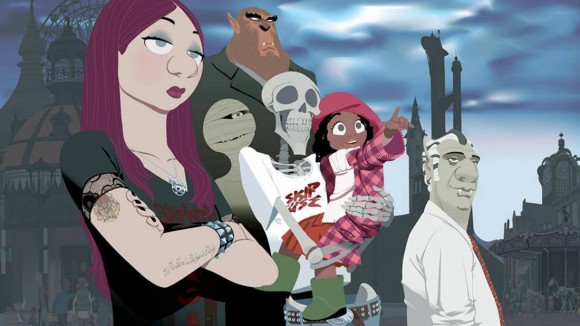 Another major event will be a masterclass by John Kricfalusi, who will be appearing at Annecy for the first time in his career. It’s a fitting moment for Kricfalusi to head to France since this year marks the 25th anniversary of his revolutionary TV series, Ren & Stimpy.

Annecy has also said that it will pay attention this year to the emergence of original film concepts and filmmakers from South Korea, which has an advanced animation scene, but is mostly known for creating animation for Western producers. The new wave of Korean filmmakers include Sang-ho Yeon (The King of Pigs, The Fake) who will debut his new horror-tinged feature Seoul Station in Annecy’s official selection (image below), and Jae-hoon Ahn, who will present a work-in-progress on his feature The Shaman Sorceress, adapted from the classic book of the same name.

Additionally, two programs of contemporary short films from Korea will be screened, including such works as The Father by Lim Choi (2009), Serenade by Han-bit Lee (2010), Love Games by Yumi Joung (2012), A Monster in the Reservoir by Sung-gang Lee (2012), and Man on the Chair by Dahee Jeong (2014).