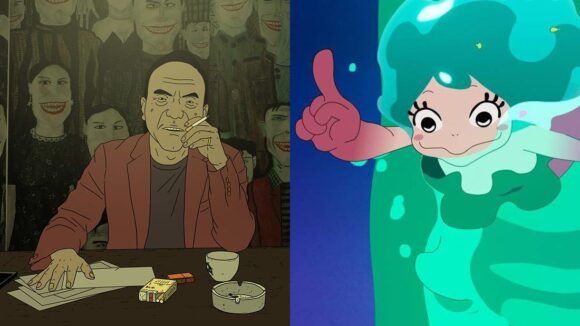 The Annecy International Animated Film Festival announced today that its opening night film will be Zombillenium by Arthur de Pins.

The festival is placing a significant emphasis on Asian films this year: 10 of the 23 films are from China, Japan, and South Korea, including some buzzed-about projects like Jian Liu’s Have A Nice Day and Masaaki Yuasa’s Lu Over the Wall. (pictured above)

The only American film that made the cut is Tony Bancroft and Scott Christian Sava’s Animal Crackers.

Here is the festival line-up:

Feature films in competition at Annecy 2017

Feature films out of competition at Annecy 2017

In addition to the films in the festival line-up, Annecy will also present screenings of numerous other new features, including Captain Underpants, Despicable Me 3, Blame!, Mazinger Z, Mutafukaz, The Big Bad Fox and Other Tales, and The Jungle Bunch.

The festival has previously announced shorts films, commissioned projects, and tv series that will be screening in competition. The entire festival line-up can be found on the festival website.