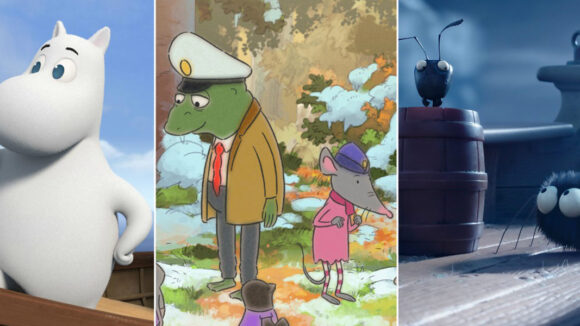 The 22nd annual New York International Children’s Film Festival, which runs February 22-March 17, has announced its features slate including the world theatrical premiere of the anticipated Moominvalley and several titles that still haven’t been widely seen stateside such as César Award-nominees Pachamama and Dilili in Paris.

The program mixes animated and lived action works from around the world aimed at young audiences. This year the festival will screen seven animated features that are either Japanese or European co-productions. A handful of them have recently been picked up for distribution, while others are starting out their journey into the American market.

For short films, one of the event’s highlights is that it’s an Academy Award qualifying festival. Curated based on age appropriate content and thematic elements, the nine shorts programs feature stories from across six continents with two of them focusing specifically on the festival’s spotlight country, Netherlands.

For a special screening titled “Festival Fast Forward / Flashback,” the festival will show the new A Town Called Panic installment titled The Agricultural Fair by Vincent Patar & Stéphane Aubier, as well as three of the franchise’s previous short adventures.

Special guests include How to Train Your Dragon: The Hidden World director Dean DeBlois, who will participate in the Animation All-Around panel, and Dutch animation filmmaker Marlies van der Wel, who will discuss the making of her shorts like Jonas and the Sea and Emily.

Here is the full list of animated features at this year’s festival:

For more information and tickets, visit the festival’s official site.