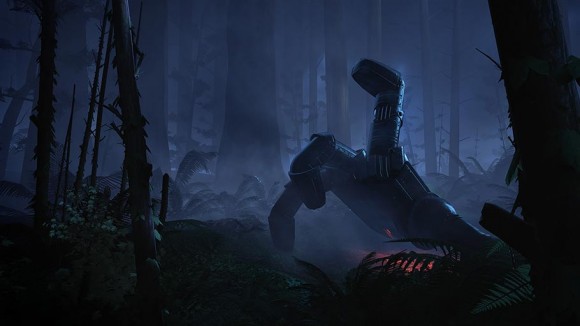 From the National Film Board of Canada to Google, we are seeing an unprecedented push into interactive, non-linear animated storytelling. Now another deep-pocketed player has entered the fray: Facebook’s Oculus Rift.

Oculus formally launched its in-house Story Studio division last month at the Sundance Film Festival. The production studio will explore non-linear and augmented reality storytelling concepts made possible by Oculus’s virtual reality headset, which will become publicly available later this year. Reports from Sundance suggest that the Rift experience is very unique and provides the most immersive animated experience yet.

Taking a cue from Google, which called upon former Pixar director Jan Pinkava to serve as creative director of their Spotlight Stories group, Oculus has hired another Pixar alum Saschka Unseld (The Blue Umbrella) to be the creative director of Story Studio. Other Pixar veterans have also been brought aboard including Max Planck, who serves as supervising technical director, and animator Ramiro Lopez Dau who is overseeing the animation for some of the films as well as directing a project of his own called Henry.

The Oculus Story Studio team is headed by software developer Edward Saatchi and currently consists of around ten people. The group plans to produce five films this year, and “with each one we want to explore and learn something about storytelling in VR,” says Unseld. “With Lost it’s magic and wonder, with Kabloom it’s comedy and empathy, with Bullfighter it’s truly feeling presence in a scary situation of being in a bullfighting arena, and with Dear Angelica it’s how would it feel like if we could be inside of an illustration.”

Story Studio has pledged to make their research open-source so other creators can benefit when they create their own VR film projects in this burgeoning field. To lend more Hollywood credibility to the endeavor, in addition to the Pixar hires Oculus has also announced that Maleficent director Rob Stromberg will direct one of their upcoming shorts. Other creative figures involved are illustrator Jillian Tamaki, who is co-directing Dear Angelica with Unseld, and TRON: Uprising art director Alberto Mielgo, who is writing and directing Bullfighter.