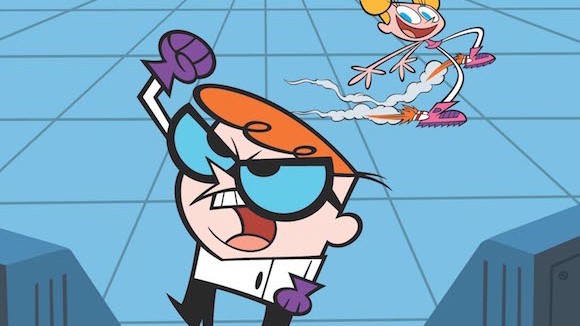 Whether it’s online streaming, Internet TV series, VOD, or interactive content, our first-of-its-kind guide aims to cover the rapidly-growing world of online animation. This installment explores the secret workings of the mind, the secret workings of more sordid body parts, a binge watch-worthy cornucopia of televisual offerings, and more.

The Boat
A powerful “interactive graphic novel” produced to mark the 40th anniversary of the Fall of Saigon, The Boat adapts a story from Nam Le’s anthology of the same name about the refugee experience. The innovative project features 300 illustrations (some of which incorporate subtle but effective motion) by Brooklyn-based Australian illustrator Matt Hunyh. “We tried to both pare back the text and elevate the image,” SBS producer Kylie Bolton said in an interview about the project. “The primary goal was to make it engaging.”

Subconscious Password
Chris Landreth, whose animated documentary Ryan won the 2004 Academy Award for animated short film, returns with Subconscious Password, which follows one hapless party guest on his nightmarish trip into the deep recesses of his own brain to unearth the forgotten name of a friend at a party. Produced by the National Film Board of Canada, the film won the Cristal prize at the Annecy International Animated Film Festival in 2013 and screened at Sundance in 2014. It is premiering digitally on Condé Nast’s digital video network The Scene. In 2014, Landreth provided Cartoon Brew his own handy detailed guide to the short.

Cheatin’
Academy Award-winning indie animator Bill Plympton’s hand-drawn feature film Cheatin’, which is currently being self-distributed theatrically across the US, is now available on Vimeo on Demand. Plympton told Cartoon Brew that his sordid story of sex, obsession, and infidelity was “the best film I’ve ever made;” now you can decide for yourself. Plympton’s Cheatin’ production blog is also viewable on Vimeo.

Internet Animation Guide #1: World of Tomorrow, The Obvious Child, The Kingdom of Dreams and Madness, Is the Man Who is Tall Happy?, Nocturna, Koji Yamamura shorts, classic experimental animation