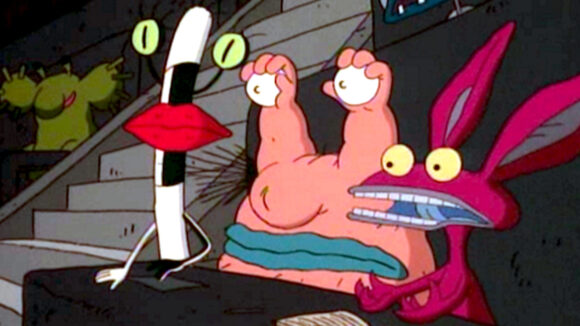 VRV, the AT&T-Time Warner video platform, has partnered with Viacom’s Nickelodeon to become the premiere launch partner for Nicksplat, available as a subscription channel on VRV starting today.

The Nicksplat channel will feature a rotating selection of nearly 30 series of Nick’s vintage animated and live-action programming, with titles including Aaahh!!! Real Monsters, All That, Are You Afraid of the Dark?, Catdog, Clarissa Explains It All, Doug, Kablam!, Kenan & Kel, Legends of the Hidden Temple, Rocko’s Modern Life, The Angry Beavers, and The Wild Thornberrys. Viacom will curate the programming on the channel. A complete list of shows and seasons available on the channel can be found here.

The service is available a la carte for $5.99 per month, or included in the VRV premium bundle for $9.99 per month, which also includes channels like Crunchyroll and Rooster Teeth.

“VRV, with a sophisticated user base that loves the best in animation, is the perfect platform to launch our NickSplat channel,” said Sam Cooper, Viacom executive vice president of distribution and business development partnerships. “Viacom’s content – including our deep library of genre-defining television – is highly in demand… We’re committed to finding the best partners to bring our individual brands direct to the consumer, and this relationship with VRV is an exciting step forward in our strategy.”

Viacom has previously announced that it will launch its own streaming service that will include “tens of thousands of hours of content” from Nickelodeon, MTV, BET, Paramount Network, and Comedy Central. It’s not clear yet how this VRV channel of Nick content fits into Viacom’s overall strategy for streaming/OTT, but expect to see its footprint in this area to grow over the coming year.