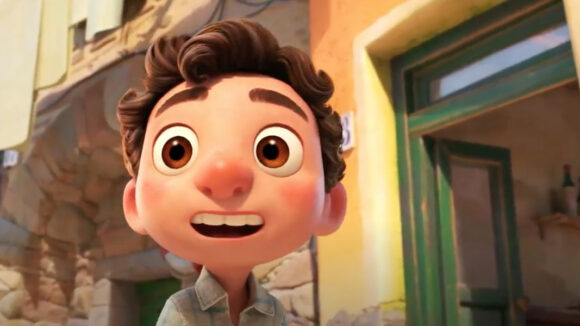 Drawing on the director’s own upbringing, the film focuses on the friendship between two Italian boys, Luca and Alberto, who lead parallel lives as sea monsters. Cartoon Brew’s reviewer called it “easily the best Pixar movie since 2017’s Coco.”

Luca’s story has been interpreted as a statement on everything from gay love to the experience of refugees. Addressing these views, Casarosa takes us through the narrative development, explaining how they worked backward from the ending. He talks about his recent reunion with the real-life Alberto and the inspiration for Machiavelli, the film’s crabby cat.

The director tells us in detail how he and his colleagues sought to bring a cartoonishness to the rigging and animation, studying the works of Hayao Miyazaki and Aardman for guidance. He mentions one of the “impossible puzzles” the team faced in terms of design, and how they got around it. The video is punctuated with development art for the film.

Watch the interview with Casarosa below. Luca is available on Disney+.