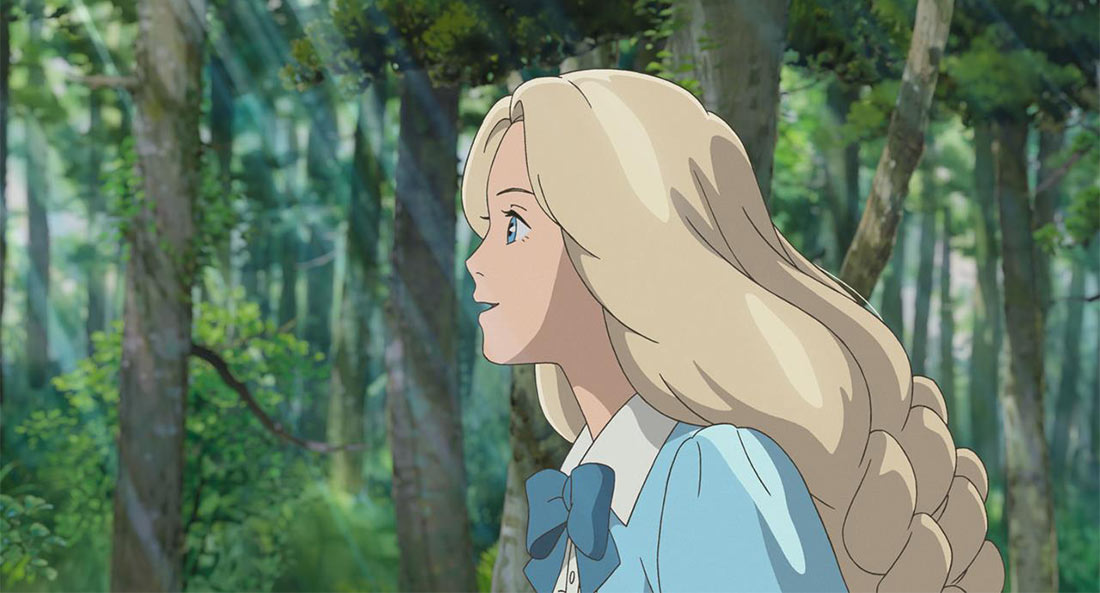 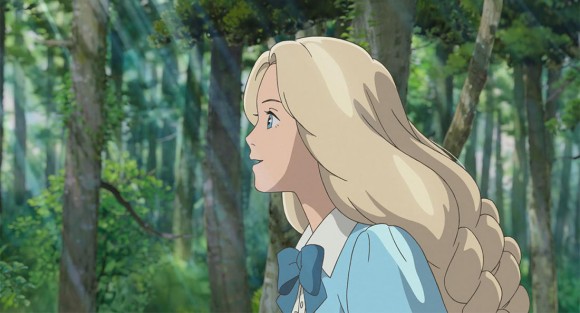 According to the empathetic, poetic films of director Hiromasa Yonebayashi, the sunset years of Hayao Miyazaki and Toshio Suzuki’s famed Studio Ghibli are breathtaking and bittersweet.

Yonabayashi’s latest — and perhaps last feature for the studio, and its retired/unretired legend Miyazaki — is When Marnie Was There, whose DVD/Blu-ray combo pack

arrives October 6, in time for Halloween. A ghostly love story blurring the lines between psychological fragmentation and environmental redemption, When Marnie Was There’s animated adaptation of Joan G. Robinson’s mystery novel is as beautiful to watch as it is painful to feel.

Credit Yonebayashi, who also directed the The Secret World of Arrietty, another moving adaptation of a beloved British novel — both Miyazaki favorites, written by strong women, about strong women, but most importantly strong girls. The youngest director ever to helm a Studio Ghibli film, Yonebayashi has nevertheless demonstrated both skills and smarts translating coming-of-age British classics through Studio Ghibli’s distinctive palette and humanist philosophy.

I spoke with Yonebayashi via email about his films, Miyazaki’s lessons, and the brilliant past and uncertain future of their legendary studio.

Cartoon Brew: When your film arrived, it was rumored to be Ghibli’s last.

Yonebayashi: I am sure that my film will not be the last Studio Ghibli film. In fact, director Miyazaki is in the process of making short films.

Cartoon Brew: Have Miyazaki or Suzuki spoken to you about its future?

Yonebayashi: As future plans for Studio Ghibli are up to producer Suzuki and director Miyazaki, I don’t have any insights. As for myself, I would like to make another enjoyable film, but my project hasn’t progressed to the point that I can talk about it.

Cartoon Brew: How did you manage to make Marnie and Arietty your own films, and yet fit them so well into the Ghibli tradition?

Yonebayashi: Studio Ghibli is a company that has always taken on the challenge of exploring new expressions without being bound by its past works. With this in mind, I tried to use new forms of expression in making The Secret World of Arrietty and When Marnie Was There. I’ve only made these two films, so I’m not sure if I have my own distinct style. What I do want to aim for is to make films that depict the human qualities of people, just as director Miyazaki and director Takahata have done.

Cartoon Brew: Both films feature characters with physical and psychological ailments who achieve healing, with the help of their natural environment and human empathy.

Yonebayashi: The stories were selected by producer Suzuki and director Miyazaki. I don’t know why they selected these stories, but when I read them I was able to empathize with the characters. I thought many people who live in this constricted present-day society could also share this empathy. So I made these films with a feeling of closeness to the main characters.

I think the environments and relationships that surround people who are afflicted have a great impact on their psychological healing. This is why I chose to express the sensation we feel in the coldness of water, and in smell and taste. In my films, I place emphasis on the re-creation of what we can feel with our senses.

Cartoon Brew: You are the youngest director to make a movie for Studio Ghibli, a significant accomplishment.

Yonebayashi: Even before I joined Studio Ghibli, I was making short animations for commercials while I was a student. I had many failures, but that was when I became aware of the pleasure of making drawings move.

Cartoon Brew: Studio Ghibli’s future is a mystery, but what’s next for you?

Yonebayashi: I am not at a stage when I can discuss my next film, but what I want to make is an action-filled fantasy that will delight children.

Cartoon Brew: Finally, what have you learned about making animated films at one of the most influential studios in history?

Yonebayashi: There are so many things that I have learned at Studio Ghibli. The most important has been my involvement as an animator in director Miyazaki’s films, when I was able to learn how to draw many types of animation — even as I was often scolded by him. This has been the inheritance of a lifetime for me.