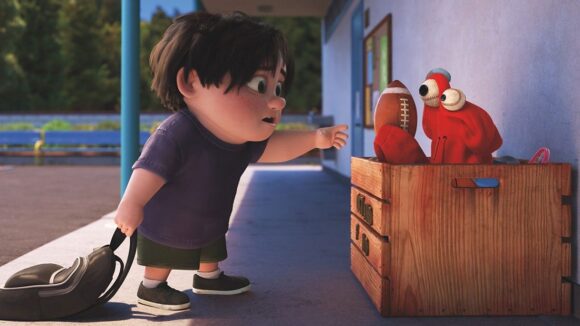 Lou is the 14th Pixar film to receive an Academy Award nomination in the animated short category.

Directed by animator Dave Mullins, a Pixar veteran whose studio credits date back to 2001’s Monsters, Inc., Lou tells the story of a toy-stealing bully who learns a lesson from Lou, the anthropomorphic contents of the recess playground’s lost-and-found box.

Pixar hasn’t released much behind-the-scenes artwork from the short, which debuted in front of Cars 3, but the film’s director has been sharing bits and pieces from the film’s development process on his Instagram and Twitter.

We’ve collected the artwork below, along with comments by Mullins on how the film’s two main characters – Lou and the schoolyard bully, J.J. – were designed.