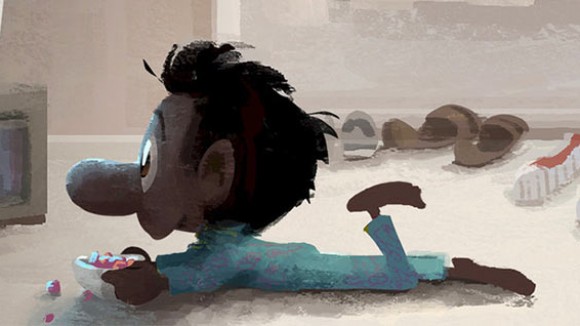 Pixar is going ethnic with its next short. It announced today Sanjay’s Super Team directed by Pixar veteran and Indian-American artist Sanjay Patel.

The short will debut in June at the Annecy International Animated Film Festival in southern France, and will be released theatrically in front of the studio’s November release The Good Dinosaur.

According to the LA Times,, which first announced the project, the seven-minute Sanjay’s Super Team follows the daydream of a young Indian boy, bored with his dad’s religious meditation, who imagines “a kind of ancient, Hindu version of The Avengers, with the gods appearing like superheros.” The film’s setting is an old Route 66 motel in San Bernardino, California, inspired by the Lido Motel that Patel’s immigrant parents owned and lived in when he was growing up—and which they still own today.

Patel’s personal work has often drawn upon his Indian heritage; he has written and illustrated books like The Little Book of Hindu Deities and an updated version of the Indian epic Ramayana.

“If I could, I would go back to the 1980s and give my younger self this short,” Patel told the LA Times. “I want to normalize and bring a young brown boy’s story to the pop culture zeitgeist. To have a broad audience like Pixar’s see this … it is a big deal. I’m so excited about that.”

After the last Pixar short Lava, a retrograde effort that felt out of touch with the times and lacked a point of view, it’s encouraging to see the studio move in a different direction by allowing one of its artists to express an idea that is deeply personal to himself. Sanjay’s Super Team also marks a historical first as Pixar’s first short (or feature film, for that matter) to star a non-white character.

The film in which Sanjay’s Super Team will be released in front of, The Good Dinosaur, is directed by Korean-American artist Pete Sohn, who is making history of his own as Pixar’s first non-white feature film director.