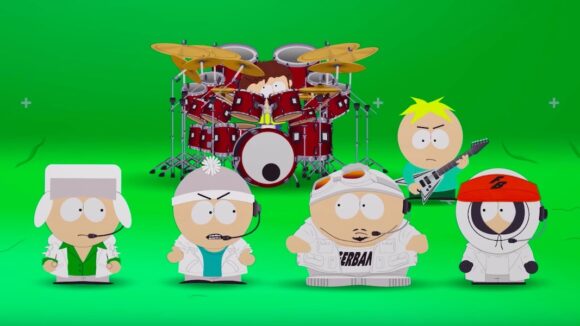 It can’t have come as a huge surprise to anyone on the South Park team. A week after an episode that mocked both China’s authoritarian regime and Hollywood aired in the U.S., almost all mentions of the satirical show have been scrubbed from China’s highly censored version of the internet.

At the time of writing, South Park has all but disappeared from Chinese streaming services, social media, fan forums, and the like. A search on Weibo, the country’s premier social media site, turns up no hits, according to The Hollywood Reporter. The same is true of other major websites, such as Youku and Tieba. Some are reportedly getting around the blackout by talking about “S23E02,” a reference to the episode number.

In the episode “Band in China” (get it?), Stan, Jimmy, Kenny, and Butters form a band, which becomes the subject of a film. But they find that the script keeps changing to make the film palatable to China’s censors. The episode takes jabs at U.S. studios — particularly Disney — for doing just that.

One scene shows Stan working on the script under supervision from a Chinese guard. “Now I know how Hollywood writers feel,” he says. In another scene, Mickey Mouse is seen ensuring that his employees — other Marvel and Disney characters — toe the authorities’ line.

In a separate storyline, Randy attempts to start a marijuana business in China, only to be arrested and sent to a labor camp, where he meets Winnie the Pooh. The bear — a Disney character, ironically — was also subject to censorship in the country, after internet users started comparing him to President Xi Jinping two years ago.

Like the NBA, we welcome the Chinese censors into our homes and into our hearts. We too love money more than freedom and democracy. Xi doesn’t look like Winnie the Pooh at all. Tune into our 300th episode this Wednesday at 10! Long live the great Communist Party of China. May the autumn’s sorghum harvest be bountiful. We good now China?

The incident follows hot on the heels of multiple similar controversies. Last Friday, Daryl Morey, general manager of the Houston Rockets basketball team, infuriated the Chinese government by tweeting support for pro-democracy protesters in Hong Kong. The NBA was slammed in turn for calling Morey’s comments “regrettable,” in what was viewed as pandering to Chinese sponsors and business partners. After days of silence, Adam Silver, the commissioner of the NBA, finally said today that, “We will protect our employees’ freedom of speech.”

In another corporate run-in with China, the Irvine, California-based video game maker Blizzard Entertainment (a part-Chinese owned company) announced that today that it would suspend Hearthstone player Chung Ng Wai and force him to forfeit his prize money, after the Hong Kong player spoke out in support of Hong Kong’s pro-democracy movement. Blizzard’s reason for suspending Chung Ng Wai — claiming he had broken a rule that “brings you into public disrepute, offends a portion or group of the public, or otherwise damages” Blizzard’s image — has been widely denounced throughout the gaming community and has led to a #BoycottBlizzard campaign on social media.