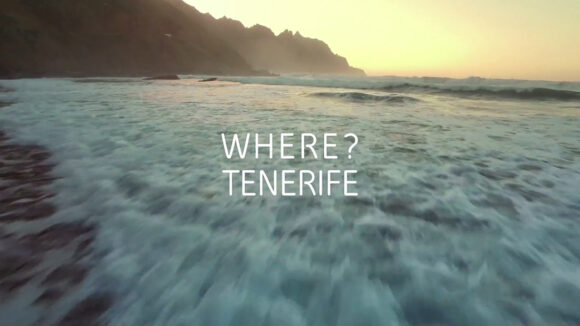 It’s not just for tourists anymore. The Spanish island of Tenerife, part of the Canary Islands, is rapidly becoming the perfect location for game and animation businesses to relocate or set up shop, thanks to its generous tax incentives, tailored training packages, and strong institutional support.

According to Marcos Martín, President of SAVE, the regional association for the animation, video game and vfx industry, the transition began when the team behind the Spanish hit Capture the Flag decided to move part of the film production to Tenerife.

This was the catalyst for other producers and local institutions to really notice the potential of Tenerife for the animation and vfx industries since Capture the Flag was the first feature film to make use of Spain’s leading supercomputer Teide-HPC for rendering purposes. With a processor specially optimized for rendering, projects since have included cg films like Kingsglaive: Final Fantasy XV, Ozzy, and Tad, the Lost Explorer 2.

Some of Tenerife’s main attractions are the generous tax incentives offered by the Canary Islands to new animation companies. The Canaries’ Special Zone status allows an entirely EU-authorized tax framework with rates that are hard to beat elsewhere in Europe. This was one of the deciding factors for Luis Torres, CEO of Madrid-based video game company Drakhar Studio, who this month is opening a new 3D animation and vfx company on the island, 3Doubles Producciones. “We were looking for locations for this business and Tenerife offered us incomparable fiscal incentives.”

Newly registered companies enjoy 4% corporate tax, no withholding taxes. Additionally, they benefit from generous tax deductions of up to 40% for audiovisual production. (Changes introduced in Spain in 2015 nearly doubled the tax benefits for film producers, with Canarian film productions now eligible for 38-40% corporate tax credit up to a limit of 5.4 million euros, and foreign production offered a cash rebate of 35%, capped at 4.5 million euros, 20% higher than the rest of Spain.)

The financial advantages are so tempting that they even attract producers from countries already known for highly competitive tax regimes. Torres, whose company is about to begin co-production of the 3D feature The Steam Engines of Oz with Canada’s Arcana Studio, explains that “our Madrid-based company wasn’t cost-effective for Arcana due to the low rates already available to them in Canada. Once we decided to move to Tenerife, the discussion was back on as we were down to the same level costwise.”

But it is the strong institutional support to the animation and vfx industries where Tenerife excels. Torres describes how “we started considering other places but once we contacted the Tenerife Film Commission, they made everything so easy for us that the discussion was soon over.”

Looking for local talent shouldn’t be a problem. SAVE maintains an extensive directory of animation, vfx, and video games professionals both residing in the Canary Islands and living abroad but willing to relocate. And in the past few months, a new institutional program has been set up to provide subsidized, bespoke training packages for companies settling there.

Another international group that recently opened an office in Tenerife was Mondo TV Iberoamerica, a global brand that chose the island because of its geographical, cultural, and fiscal advantages. Enrico Martinis, studio manager of the Canarian branch, explained that the decision to move their pre-production department from Asia to Tenerife was due to the benefits of being in Europe, with similar time zones to their main offices in Rome and the same culture and languages as their main audience in Latin America, while the costs remained comparable to Asian countries.

Besides this, Tenerife has an unbeatable quality of life. Born in Barcelona but living in Tenerife for 15 years, Marcos Martín laughs about it. “Excellent living conditions were my initial reason to move here.” The island offers one of the most stable climates on the planet with consistent, year-round temperatures averaging 72ºF (22ºC), an extraordinary diversity of environments and a rich local gastronomy.

“When I arrived,” Martín says, “there weren’t many animation companies here. Now with my company Salero Studio we have more than five. And this year we are expecting to welcome at least two of the biggest players in Spanish animation who are relocating here.” This looks to be a sweeping move that could convert Tenerife into the most vibrant animation and vfx hub to recently develop in southern Europe.

The best opportunity to meet these animation studios and learn about Tenerife opportunities will be at the MIFA market at Annecy in June and Cannes MIPCOM in October. And perhaps you’ll discover why the so-called Island of the Eternal Spring may also be the most unexpected paradise for the animation industry.

To learn more online about opportunities in Tenerife, visit the website of the Tenerife Film Commission.