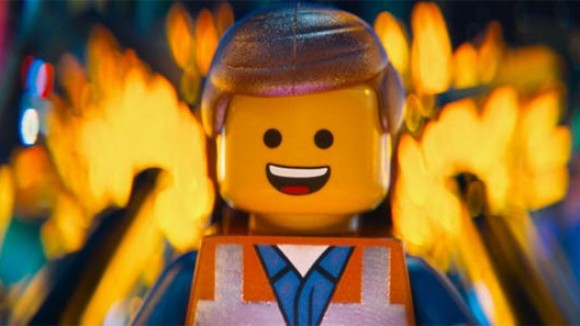 This year’s topsy-turvy animation award season shows no signs of abating. Just hours after The LEGO Movie was shockingly snubbed by the Oscars, the film won the best animated feature award tonight at the 20th annual Critics’ Choice Movie Awards. Directed by Phil Lord and Chris Miller, LEGO Movie defeated Big Hero 6, The Book of Life, The Boxtrolls, and How to Train Your Dragon 2 for the honor.

Watch their acceptance speech below:

“What a roller coaster of emotions today has been,” said Chris Miller in his acceptance speech.

Phil Lord added, “We also want to thank you guys—the critics’ choosers—for having the courage to give an award to something called The LEGO Movie.”

“This movie is about freedom of expressions so please don’t stop making things,” Miller said as the get-off-the-stage music started to play. “Artists should never be silenced by fear; they should only be silenced by the wrap-up music.”

The Critics’ Choice have been among the most accurate prognosticators of who will go on to win the animation Oscar. In the 13 years that the Oscar has been awarded to an animated feature, the Critics’ Choice has honored the same film on eleven occasions.

In this unconventional year, that won’t even be a possibility because LEGO Movie is no longer in the Oscar race. So who now? How to Train Your Dragon 2 won the Golden Globe; The Tale of the Princess Kaguya picked up honors from the Los Angeles Film Critics Association. It’s quite possibly the most unsettled field in the history of the category.

In the visual effects category, Dawn of the Planet of the Apes took the honors, beating out Edge of Tomorrow, Guardians of the Galaxy, The Hobbit: The Battle of the Five Armies, and Interstellar.