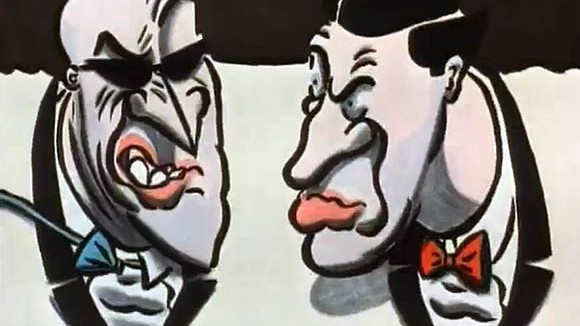 In honor of National Siblings Day, today’s Cartoon Brew Short Pick of the Day is The Kings of Siam:

The Kings Of Siam is Ged Haney’s first film. Completed in 1992, before the days of digital assistance, it took seven years to complete. A pair of Siamese Twins live and work as part of a travelling fair. One dreams of being a rock and roll star, while the other dreams of scoring the winning goal for England in the 1966 World Cup final. The film was the winner of the Norman McLaren Prize in Edinburgh, and the Jury Prize in Cinanima, Espinho.