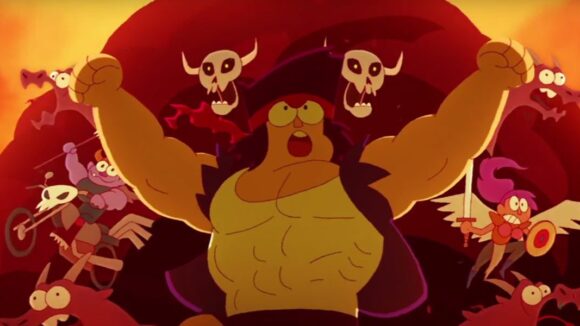 Eunyoung Choi and Masaaki Yuasa’s Tokyo-based boutique studio Science Saru has drawn attention before for its inventive use of Flash animation.

One of the architects of the studio’s approach to Flash is Spanish animator Juan Manuel “Juanma” Laguna, who just uploaded a reel of his work from the last four years.

Projects on which he has animated on include Lu Over the Wall, Night is Short, Walk on Girl, the Crayon Shin-chan movie franchise, Ping Pong, Yo-kai Watch: The Movie, and various special projects for American networks like Cartoon Network and Disney XD. More recently, Laguna has served as animation director on a number of Science Saru’s projects.

To have your reel considered for Cartoon Brew, SUBMIT HERE.