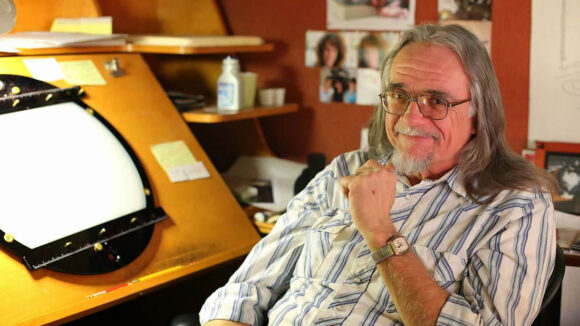 Animator and studio owner Dale Baer died on Friday at age 70, according to online statements from colleagues.

Quiet and shy, Baer’s name may not be as familiar as other contemporary animation greats, but he was a highly respected animator’s animator and beloved by colleagues. “He was one of the kindest people I’ve worked with,” said animator and director Clay Kaytis. “So talented and so humble. A true one-of-a-kind and I’m grateful to have known him.” Over a fifty-year career in the industry, Baer contributed to dozens of beloved projects at Disney and elsewhere. Just to name a few of his credits at Disney: Who Framed Roger Rabbit, The Lion King, The Emperor’s New Groove, The Princes and the Frog, and Zootopia.

Born in Denver, Colorado, on June 15, 1950, Baer attended Chouinard Art Institute (which later became Calarts) and started working at Filmation in 1970. He joined Disney in 1971, and was among the first handful of employees hired as part of the studio’s new training program. As an inbetweener, he worked on Robin Hood, and was later trained by Disney animators John Lounsbery, Hal King, and Eric Larson. Baer eventually moved into animation, working on other Disney features including The Rescuers and Pete’s Dragon before leaving Disney in the late 1970s.

Over the next two decades, he would animate for a who’s who of the animation industry, including Peanuts specials at Bill Melendez Productions, commercials at Richard Williams Animation and Quartet, The Smurfs at Hanna-Barbera, and The Lord of the Rings at Bakshi Productions. Throughout this time, Baer always freelanced for Disney, picking up work on projects like Mickey’s Christmas Carol, The Black Cauldron, and The Great Mouse Detective.

Baer launched a studio in the mid-1980s with his wife at the time, Jane. Their breakout project was Who Framed Roger Rabbit, for which the Baers ran a studio of 75 people and worked as the film’s Los Angeles animation unit. A detailed history of Baer’s role on the film can be found in blog posts here and here. The Baer Animation Company would go on to provide animation for Disney’s The Prince and the Pauper and Beauty and the Beast, as well as non-Disney films like Tom and Jerry: The Movie, Last Action Hero, and Rover Dangerfield.

Baer additionally worked on Disney shorts including Feast, Get a Horse!, The Ballad of Nessie, and How to Hook Up Your Home Theater.

The most recent project he contributed to as an animator was Bob’s Burger: The Movie, which will be released later this year.

Baer was honored with the Winsor McCay Award in 2016.

He is survived by his wife, Teddy, as well as two daughters, Nicole and Clarisse.

Below are remembrances from colleagues. We’ll update these as well as add more biographical details as they become available.

Yesterday we lost a gentle giant of animation. Dale Baer has passed away. He was one of the kindest people I’ve worked with. So talented and so humble. A true one-of-a-kind and I’m grateful to have known him. pic.twitter.com/wG7U6AVozq

Dale was an incredible animator teacher and sweet gentle man. I’m glad I got to know him during my early Disney days. He was the gentle giant for sure. Tall like a great oak but such a softie. R.I.P. Dale Baer. 🙏🏽😢🙏🏽 https://t.co/3aB4Yx5OBj

Such a kind and gracious giant of a artist. https://t.co/nWVT46Xhyx

One of the last times I saw Dale. We’ve lost a giant in the animation industry, and the world has lost a beautiful soul. He will be missed by so many. RIP Dale Baer. pic.twitter.com/WdwtelBQ17

Rest in peace, Dale Baer. You are loved and missed. ❤

RIP Dale. Privileged to have you mentor me. 😔 pic.twitter.com/msCRRYWXR9

I fell apart a little when I heard the news about Dale Baer. He was a soft-spoken, folksy cowboy who quietly wielded his immense talent. I enjoyed his stories, from 2D animation adventures in the valley to his beloved dogs and damn rattlesnakes on his land.
A good man.