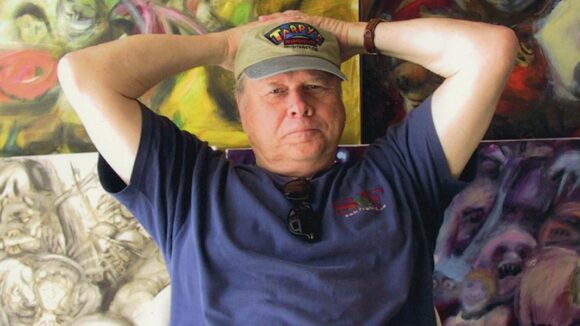 Don Jurwich, a director and producer who worked on series including Scooby-Doo, Spider-Man, and G.I. Joe, died of natural causes on July 13. He was 87.

Born in L.A. on January 1, 1934, Jurwich studied at Art Center College of Design in Pasadena. He started out in the animation industry in the mid-1950s at Graphic Films, and soon racked up credits at Ray Patin Productions, Quartet Films, and Jay Ward Productions. You can listen to him speak about his career in this interview.

By the mid-1960s, he’d landed at Hanna-Barbera working on The Flintstones. Jurwich would go on to produce and direct series including Super Friends, Captain Caveman and the Teen Angels, Richie Rich, The Fonz and the Happy Days Gang, The Smurfs (for which he was nominated for a Daytime Emmy), and Scooby-Doo, Where Are You!. He also produced the primetime special Scooby Goes Hollywood.

From the 1980s, Jurwich played key roles on several Marvel Productions series. He directed Spider-Man and His Amazing Friends, and produced The Incredible Hulk and G.I. Joe: A Real American Hero.

Jurwich’s credits ranged beyond these two studios. He worked on the cult feature Heavy Metal and directed, wrote, and produced Once Upon a Girl, a hybrid sexploitation film from 1976, on which he worked with a crew of Hanna-Barbera artists. He also co-created the Yoink! of the Yukon segment of Cartoon Network’s What a Cartoon! anthology series.

After retiring, Jurwich drew and painted full-time, eventually exhibiting his art at two shows at the Animation Guild in Burbank.

He is survived by his wife Edna, son Stephen, daughter Jennifer, son-in-law Paul, and grandson Kyle.

Producer and director Larry Houston, who worked with Jurwich at Marvel, paid tribute to his old colleague on Twitter:

2) to run our own shows, and was one of the few 'older' guys who pushed for new talent to be recognized and promoted. I became a Director on GI JOE because of Don as well as the opportunity for this fanboy to draw up title cards on Spider-Man & Amazing Friends. pic.twitter.com/1EOcQuWQVC