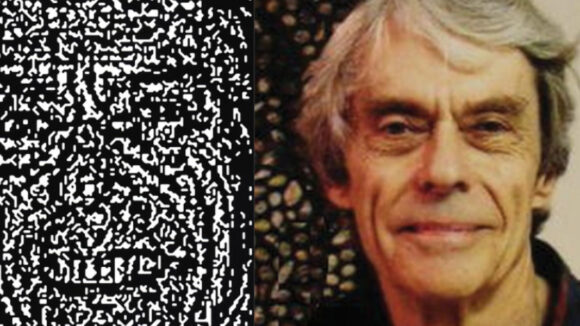 Ken Knowlton, artist and computer animation pioneer, died on June 16 at a hospice facility in Sarasota, Florida. According to his son, Rick Knowlton, the cause of death was unclear.

Knowlton was an engineer, computer scientist, and artist who’s groundbreaking work helped define the nascent art of computer animation and graphic design. Spending over two decades of his career in the Computing Techniques Research Department at Bell Labs, he was responsible for many of the earliest computer-generated pictures, portraits, and films.

Knowlton was born in Springville, New York on June 6, 1931. His early education came in a small, one-room schoolhouse, but he later moved on to a traditional high school where he graduated a year early as valedictorian of his class. His personal website, maintained by Knowlton himself, offers more details on his early childhood.

After graduation, he enrolled in a five-year engineering physics program at Cornell University. In 1953, he got his bachelor’s, and two years later he earned his masters in the same field. At Cornell, Knowlton first developed his love for computers, and he pursued further studies at M.I.T., where in 1962 he earned a PhD in communications sciences with his thesis “Sentence Parsing with a Self-Organizing Heuristic Program.”

After leaving M.I.T., he started working for AT&T’s Bell Labs, the legendary industrial research and scientific development hub credited with an abundance of technological breakthroughs during the 20th century. In 1963, Knowlton wrote BEFLIX, short for Bell Labs Flicks, among the earliest programming languages developed for the creation of computer graphics. The resulting images were generated at a resolution of 252×184.

In 1964, Knowlton and a group of Bell Labs employees including E.E. Zajac, A. Michael Noll, Frank Sinden, and others, produced the short film A Computer Technique For the Production of Animated Movies (below), which explained how to use the BEFLIX programming language to make an animated film.

Though short lived, and only ever used by Knowlton himself, the BEFLIX language was a precursor to the programming languages that would later change the way that filmed entertainment is produced. His pioneering work laid the essential groundwork for computer animation from digital 2d animation programs like Flash and Toonboom to 3d animation spanning Tron to Thor: Love and Thunder.

While Knowlton worked on the programming by himself, he preferred to collaborate with visual artists for creating computer-generated still imagery and films, explaining that “on computer art I’ve usually lacked the courage to work entirely alone.” During the 1960s and ’70s, Knowlton made around 20 films in collaboration with filmmakers Stan Vanderbeek and Lillian Schwartz, and these shorts were widely screened at film festivals, as well as at The Whitney and Museum of Modern Art.

Even in these primitive days of computer art and animation, Knowlton firmly believed that technology could be used by artists as a tool for personal expression. He outlined his vision in a 1968 talk:

We are further obliged, I think, to try to extend the use of computers into the area of more profound art – that which helps us to appreciate, understand, and enhance our humanity. If we are successful in this pursuit, then the computer will have been helpful, not only directly, but it will have helped us psychologically to perceive it as a friend – as an instrument not necessarily of regimentation but one which can significantly help us to experience and assert our humanity.

In addition to his experiments in computer filmmaking, Knowlton also experimented with still images.

While at Bell Labs, he and colleague Leon Harmon created a 12-foot-long mosaic of a nude woman using dots, letters, numbers, and other computer-generated symbols in different shades of grey. The two then hung the piece in the office of Bell Labs executive director of communications research Edward E. David. Although he was reportedly unamused by the prank, the portrait eventually found its way into the more appreciative hands of artist Robert Rauschenberg, who hung it in his loft as part of a project titled “Experiments in Art and Technology.”

The mosaic also featured in a New York Times article and is believed to be the first full-frontal nude ever published by the paper. It also featured in an exhibit at the Museum of Modern Art titled “The Machine as Seen at the End of the Mechanical Age.”

Knowlton worked at Bell Labs until 1982, after which he put in stints at SRI International, Networked Picture Sys. & Via Video, Digital Equipment Corporation, Wang Laboratories, and Netwave/Quickbuy. Alongside his innovative work with computers, Knowlton also served as both visiting professor of computer graphics at UC Santa Cruz in 1971 and distinguished visiting professor at New Mexico State University in 1980.

Knowlton retired from tech research in 2008. According to his website, he spent the “final quarter of his life doing no harm: writing essays and memoirs, and using his own computer-assisted methods for planning his artwork, most of which are mosaic portraits.”

Knowlton is survived by his sons Rick, Kenneth, and David; brother Fredrick Knowlton; and sister Marie Knowlton. He is predeceased by his second wife, Barbara Bean-Knowlton, and two daughters, Melinda and Suzanne.