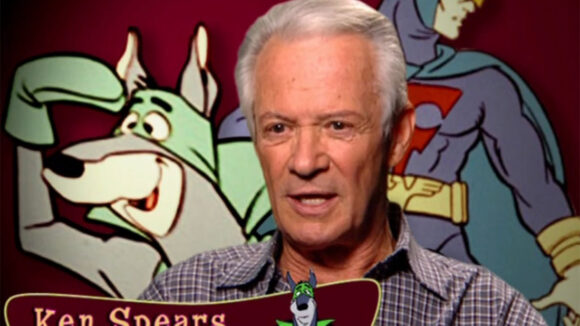 Ken Spears, who co-created Scooby-Doo and countless other popular cartoons of the 1970s and 1980s, died on November 6 in Brea, California. He was 82. The cause was complications from Lewy body dementia.

Spears’s career was entwined with that of Joe Ruby, his long-time writing and business partner, who died in August. The pair cut their teeth as writers at Hanna-Barbera Productions, eventually landing a hit of their own with Scooby-Doo, Where Are You!, which debuted in 1969.

They went on to develop and produce scores of weird and wonderful series, working in-house at CBS and ABC before setting up their own Ruby-Spears Productions (later Ruby-Spears Enterprises). The shows they worked on, which include Dynomutt, Mister T, and Fangface, helped to define American kids’ animation in the 1970s and 1980s.

Charles Kenneth Spears was born in L.A. in 1938. He attended high school with the son of William Hanna, one half of the partnership behind the mighty Hanna-Barbera studio. After leaving the Navy, Spears was offered a job as an editor at Hanna-Barbera, where he met Ruby.

The pair later recalled that a “freak” opportunity enabled them to transition from the editorial department to writing. They started contributing short openings, closings, and thirty-second “bridges” for various series, and over time it opened the door to writing episodes of existing series and developing pitches for new ones.

Their big break came when Fred Silverman, who then headed daytime programming at CBS, asked them to write a show with mystery elements. With character designer Iwao Takamoto, Spears and Ruby devised the characters and wrote the first five episodes of Scooby-Doo, Where Are You! The pair story-edited or wrote the rest of the seminal series. After that, the pair were in high demand. According to tv writer Mark Evanier, who was employed by Ruby-Spears, some Saturday Morning network executives started saying, “We’ll buy this show if you put Joe and Ken on it.”

Forming a close working relationship with Silverman, Spears and Ruby eventually moved to CBS to oversee Saturday morning cartoons. They then followed Silverman to ABC, before setting up Ruby-Spears in 1977. The studio was acquired by Taft Entertainment (the parent company of Hanna-Barbera) in 1981, and its catalog was sold to Turner Broadcasting in 1991.

Through to the early 1990s, the studio produced shows that often had a zany and surreal, bent, first under an exclusive contract with ABC and later for other networks too. Remember Rubik, the Magic Cube, about a magic Rubik’s cube that came alive when its colors were aligned? That was them. Turbo Teen, in which a teenage boy is fused to his sports car? Also them. We covered Ruby-Spears’s output in more detail in our obituary on Ruby.

Spears’s responsibilities skewed toward the business and production side at the studio, although he and Ruby saw themselves as creative equals in all their collaborations, writes Evanier. As for their creation of Scooby-Doo, Hanna-Barbera was loath to give them official credit. But few in the industry question their achievement.

On his blog, Evanier published a reminiscence by Buzz Dixon, a writer and former Ruby-Spears employee:

Ken was a true gentleman in every sense of the word, kind and soft spoken, brilliant and insightful. He and Joe Ruby made a great creative and producing team, seemingly diametrically opposite personalities yet 100% complimentary [sic] to each other’s abilities. It was always a treat when Ken could break free from his daily business responsibilities and come back to hang with the creative staff. He had a quick wit and a warm heart and more than once supplied the breakthrough on a creative log jam we had.

I’m going to miss him and Joe. They were quite the pair and it’s hard to imagine anyone filling their shoes.

Spears is survived by his sons Kevin and Chris, their wives, his five grandchildren, and his three great-grandchildren. 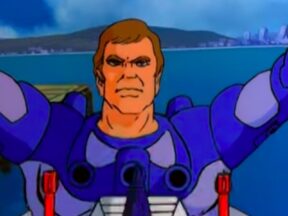