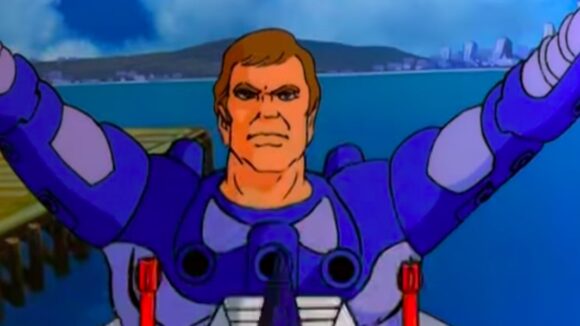 Joe Ruby, who helped create some of the best, most popular, and oddest Saturday morning cartoons from the 1960s to the 1980s, has died of natural causes in Westlake Village, California. He was 87.

The writer and producer is best-known for creating Scooby-Doo with his longtime professional partner Ken Spears. The pair devised the characters and wrote the first five episodes of Scooby-Doo, Where Are You!, and they story-edited or wrote the rest of the seminal 1969 series. But the show was just an early highlight of a creative partnership they pursued across different networks and studios, culminating in their own Ruby-Spears Productions (later Ruby-Spears Enterprises).

At their studio, Ruby and Spears remained a dominant force in Saturday morning cartoons. They developed and/or produced a run of shows, often with a zany, surreal, bent, first under an exclusive contract with ABC and later for other networks too. The studio’s productions include Fangface, Mister T, Turbo Teen, and the 1980s reboot of Alvin and the Chipmunks. (See below for clips from their series.)

Joe Ruby was born in L.A. in 1933. He started his career as an in-betweener at Disney while pursuing his passion for drawing cartoons on the side. In 1959, he joined Hanna-Barbera Productions, where he met Spears. The pair later recalled that a “freak” opportunity enabled them to transition from the editorial department to writing. As well as Scooby-Doo, they created shows like Jabberjaw and Dynomutt, Dog Wonder for the studio.

After Scooby-Doo proved a hit, Ruby and Spears were hired to oversee Saturday morning cartoons at CBS (which aired the show). When Fred Silverman, the network’s president of children’s programming, left for ABC, the pair followed him. Ruby-Spears was set up in 1977 as a rival to Hanna-Barbera, although by 1981 both studios were owned by Taft Broadcasting and collaborated on shows like The Scooby & Scrappy-Doo/Puppy Hour.

Ruby-Spears continued to produce shows into the mid-1990s. Among its notable employees was comics legend Jack Kirby, who joined in 1980 to design characters and backgrounds for the series Thundarr the Barbarian. In his spare time, he created or developed numerous characters and projects at the studio that have never seen the light of day.

Spears later told The New York Times that he’d suggested “giving away” Kirby’s work, only for Ruby to reply that “someday, someplace, somebody’s going to want this stuff.” A decade ago, the pair tried and failed to revive these projects with producers Sid and Marty Krofft. According to The Hollywood Reporter, the rights to Kirby’s work are now up for sale.

In 1991, much of Ruby-Spears’s library at the time was sold alongside Hanna-Barbera to Turner Broadcasting System. These shows are now owned by Warner Bros., and some have been rerun on its subsidiaries Cartoon Network and Boomerang. In a statement, Sam Register, president of Warner Bros. Animation and Blue Ribbon Content, said:

Joe Ruby made Saturday mornings special for so many children, including myself. He was one of the most prolific creators in our industry who gifted us some of animation’s most treasured characters and it was a thrill to host him at our studio. Scooby-Doo has been a beloved companion on screens for more than 50 years, leaving an enduring legacy that has inspired and entertained generations. We at Warner Bros. Animation have the privilege and honor of carrying on that legacy and send our warmest thoughts to his loved ones.

Ruby was indeed prolific. Some of his shows are fondly remembered today, some forgotten (rightly or wrongly). Allow us to jog your memories with clips from five Ruby-Spears productions:

Fangface, the studio’s first series, whose debt to Scooby-Doo is more than a little obvious:

Mister T, in which the titular actor and tv personality voiced a cartoon version of himself:

Rubik, the Magic Cube, one of the quirkier products of the toy-based cartoon boom of the 1980s, featuring a magic Rubik’s cube that comes alive when its colors are correctly aligned:

Turbo Teen, whose teenage protagonist acquires the power to morph into a red sports car after a chance encounter with a mad scientific experiment:

The Centurions, a sci-fi series with character designs by Kirby and fellow comics artist Gil Kane: