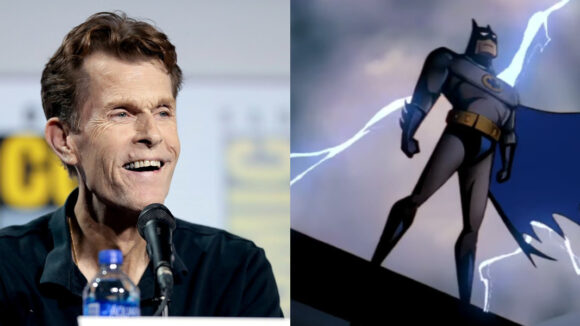 Kevin Conroy, the actor best known for voicing Batman in numerous animated films and series over the past three decades, died on November 10 after a brief battle with cancer.

Conroy was born in Westbury, New York in 1955 and grew up in Westport, Connecticut. A talented actor from early on, he studied the craft at Juilliard alongside fellow DC superhero Cristopher Reeve (Superman). In the 1980s Conroy had recurring roles on TV shows including Dynasty, Search for Tomorrow, Tour of Duty, and Ohara. He also starred in numerous tv movies and made one-off appearances on other popular shows including Murphy Brown, Cheers, and Matlock.

Although he was plenty busy and gainfully employed throughout the 1980s and into the 1990s, his career truly hit its stride in 1992, when Batman: The Animated Series debuted on September 5. The series was a smash hit that ran for three seasons and is still considered a high point for the Batman IP.

Conroy starred as the Caped Crusader in that now classic show for all three seasons and went on to voice the character in nearly 60 other Batman productions over the years, including 15 films, 400 episodes of television, and several video games.

His work expanded beyond Batman as well. Conroy appeared in animated films and series such as The Venture Bros., Jay and Silent Bob’s Super Groovy Cartoon Movie, and Ben 10: Alien Force, as well as video games such as Lords of EverQuest, Max Payne 2, and Jak and Daxter: The Precursor Legacy.

In 2019, Conroy got to portray Bruce Wayne in person for The CW’s “Crisis on Infinite Earths” crossover event including characters and intersecting storylines from several DC series. His most recent Batman voice acting credit came in the video game MultiVersus, a fighting game that pits characters from across the Warner Bros. stable of IPs against one another.

When news of Conroy’s passing became public, a flood of messages from former friends and colleagues began to spread online.

Thanks to everyone who shared kind thoughts and warm wishes today about Kevin. I know he would have loved them as much as he loved his fans, and that love was boundless. I’m going to leave it here for a while, on this image of these magic makers. Good Knight all.

A regular Joker to Conroy’s Batman over the past 30 years, actor Mark Hamill tweeted, “Stunned by the loss of this brilliant actor. Words can’t express my admiration and respect for the man. I loved him like a brother. #RIPKevinConroy 💔,” before later posting:

Though we're all sad, I know he wouldn't want that. I'm finding great solace in all the memories I have of him…the thrill of our earliest recording sessions, discovering the unique bond our characters shared, how we complemented one another & bonded immediately. 🙏🦇s, 💜💚🃏 pic.twitter.com/jt8CHbdCsa

And Warner Bros. Animation, the studio behind so many of the series and films in which Conroy starred, released a statement saying:

Warner Bros. Animation is saddened by the loss of our dear friend Kevin Conroy. His iconic performance of Batman will forever stand among the greatest portrayals of the Dark Knight in any medium. We send our warmest thoughts to his loved ones and join fans around the world in honoring his legacy.