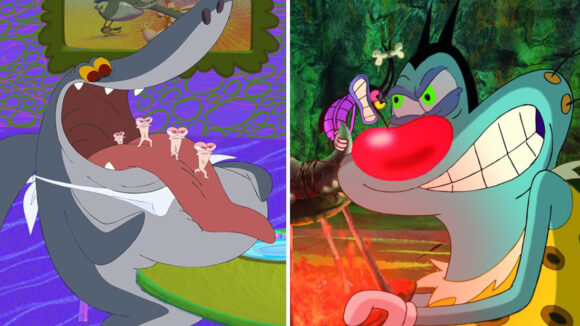 Olivier Jean-Marie, whose work marked the childhoods of a generation in France and beyond, died on May 13 following a long illness. He was 60.

In his twenty-five years at Paris-based studio Xilam, Jean-Marie directed, created, and wrote a number of hugely popular films and series. He directed over 300 episodes of the hit show Oggy and the Cockroaches and created the series Zig & Sharko, which, like Oggy, uses no dialogue. In a tribute, Xilam called him “the main founder of the slapstick spirit that defines” the studio.

Jean-Marie started out doing backgrounds for series like the French-Japanese co-production Clémentine, also picking up storyboarding credits on shows like Spiff and Hercules. He continued to storyboard on Xilam productions later in his career, while mentoring younger storyboard artists.

During his long stint at Xilam, he also directed The New Adventures of Lucky Luke series, the second season of Space Goofs, and two features, Go West: A Lucky Luke Adventure and Oggy and the Cockroaches: The Movie. He picked up writing credits on both features, as he did on most of the series he directed.

He developed and co-created other series at Xilam including Mr. Magoo, Rolling with the Ronks!, and The Daltons.

“Olivier was an animation master, a mentor, and a friend,” Xilam CEO and executive producer Marc du Pontavice said in a statement. “His talent and vision have inspired so many artists, who will carry on his legacy. He will also live on through the characters he created, beloved by generations of kids who grew up with them.”

Jean-Marie is survived by his wife Agnes and daughters Ianka and Julie.