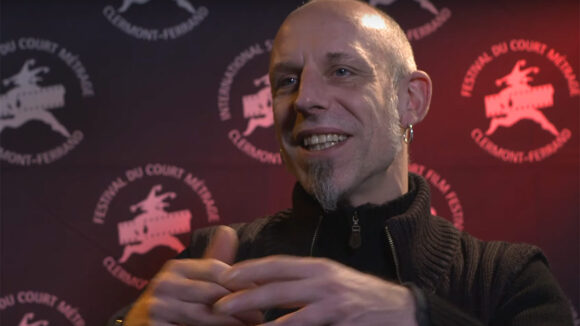 Rosto, the visionary Dutch animation director, fine artist, and musician behind the Thee Wreckers mixed-media tetralogy of short films, passed away on Thursday, March 8, at the age of 50 in Amsterdam. Cartoon Brew has learned that the cause of death was lung cancer, which he’d been battling for the past year.

Via a post on Facebook, Rosto’s producer Nicolas Schmerkin confirmed and lamented Rosto’s passing. Schmerkin, whose company Autour de Minuit Productions had worked with the late artist for over 15 years, described Rosto’s films as “visionary and unclassifiable works, unique sensory and sound experiences in the cinematic landscape, which did not leave anyone indifferent.”

Added Daniel Šuljić, the artistic director of Animafest Zagreb, via a post on the festival’s Facebook page: “One of the greatest talents and eternal students of animation Rosto went on to new hunting grounds to search for the perfect film on another level…For us, who still walk on this dusty dry soil called earth, he generously left behind such a body of cinematic and graphic work to dive into which will never be matched in its uniqueness and greatness. Nobody was like you, nobody!!” 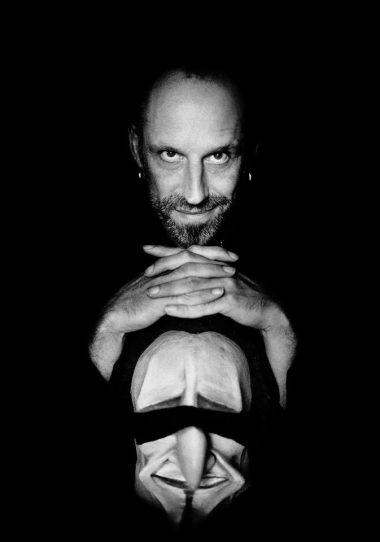 In 2018, Rosto premiered Reruns at the Clermont-Ferrand Int’l Short Film Festival where his career was also honored. The short represents the conclusion of his tetralogy of films following members of a rock band known as Thee Wreckers, which was in turn inspired by Rosto’s former rock group that performed in the Nineties.

As part of its celebration of Rosto’s work, Clermont-Ferrand also screened Everything’s Different, Nothing Has Changed, a short documentary directed by Rob Gradisen and Joao Costa detailing Rosto’s eclectic journey and the reasons why it took him 10 years to complete the tetralogy.

Like the previous entries in the Thee Wreckers series (No Place Like Home, Lonely Bones, and Splintertime), Reruns, is based on the music that Rosto performed with his band and blended animation, live-action sequences, and music for an eerie and otherworldly vision. This weekend, just days after Rosto’s passing, Reruns was awarded the Grand Prix for Best International Short Film at Anima: Brussels Animation Film Festival. The festival also dedicated its closing ceremony to the filmmaker.

Last month, Cartoon Brew published one of the last interviews with Rosto in which he discussed how his own dreams inspired Reruns and his approach to translating his musical creations into short films.

Prior to becoming the basis for his films, Rosto’s music took the form of a serial multimedia graphic novel titled Mind My Gap, which was published online from 1998 to 2014 spanning 26 episodes. (The complete series can be viewed on his Vimeo page.) The Mind My Gap stories also became their own short film trilogy, including the film Jona/Tomberry, winner of the Grand Prix Canal+ at Cannes 2005.

Another notable film project by Rosto was The Monster of Nix, a 30-minute dark musical which told the story of Willy, a troubled boy who fights an all-devouring monster in the village of Nix. Besides festival play, the film was released theatrically in the Netherlands and Belgium in 2011. In the latter country, it screened as a double-bill with the Oscar-winning short Peter and the Wolf, a film directed by Rosto’s wife Suzie Templeton.

Rosto was also the founder and owner of Amsterdam-based Studio Rosto A.D, and, according to Schmerkin, had more projects in the pipeline before his life was cut short. These unfulfilled ventures included a double album of his band Thee Wreckers that had been 15 years in the making, a live audiovisual performance, and his first feature film, which was nearly ready to start production.

Rosto is survived by his wife, filmmaker Suzie Templeton, a son, and a daughter.

Some of his films can be viewed below: