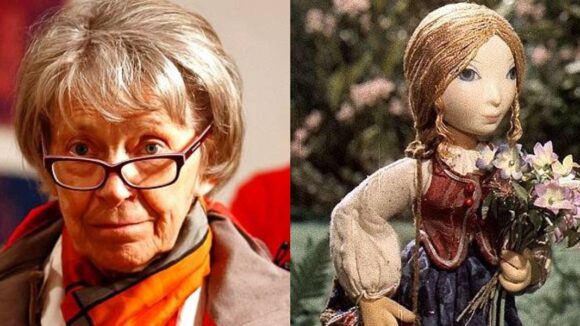 Pospíšilová studied puppetry and stage design at Prague’s Academy of Arts, Architecture and Design, graduating in 1956. After finishing her formal education, she joined the Jiří Trnka Studio and further developed her skills in the art of animated filmmaking under the guidance of studio founder and Czech animation legend Jiří Trnka. Pospíšilová is considered by many to be the last surviving member of Trnka’s Golden Age of Czech Puppet Animation.

When she joined the legendary studio, she began working on the classic film A Midsummer Night’s Dream, which eventually played in competition at Cannes in 1959. The film also won an Honorable Medal at Venice that year, and was selected by Time magazine as one of the ten best foreign films of 1961.

From the beginning of her time at the studio, she possessed a confidence and talent for animated acting that set her apart. Trnka regularly assigned the most challenging performances to Pospíšilová.

Her work eventually brought her to television, and in 1995 she wrote and directed a small screen adaptation of Jan Karafiát’s Fireflies (Broučci). In 2003, she directed several episodes of the popular slapstick comedy Pat & Mat.

During her career she was honored time and again for her work, including a Czech Critics Award for best animated film for Fimfárum, (2002). In 2012, she was invited to speak to the British Film Institute (linked below), and in 2015, on the occasion of her 80th birthday, Pospíšilová was honored with a Lifetime Achievement Award from Czech festival Anifilm.