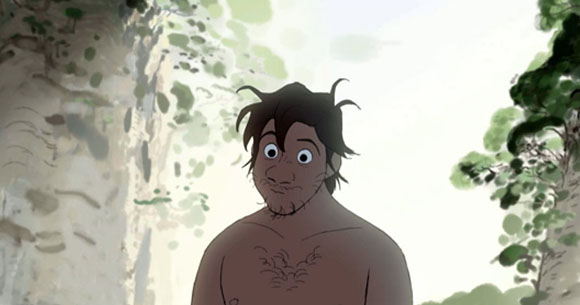 Now nominated for an Academy Award, we first wrote about Minkyu Lee’s remarkable short Adam and Dog about a year ago. Here’s the whole film:

“This is a short film that me and a group of my close friends made. It was put together by artists who work at various studios, including Disney Feature, Dreamworks and Pixar; The animation is done by myself, Jennifer Hager, James Baxter, Mario Furmanczyk, Austin Madison, and Matt Williames. Glen Keane also helped by being a consultant on the film, and also doing some visual development. It is a completely independent film without any major studio involvement. We are really excited for people to see it, and wanted to share.” – Minkyu Lee