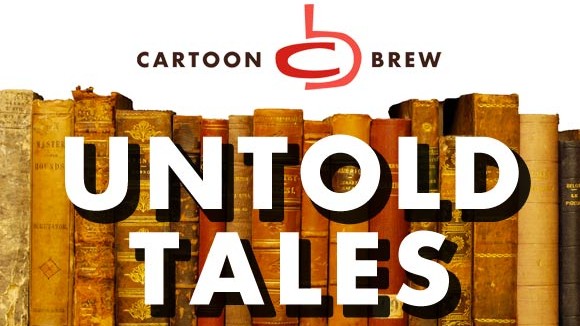 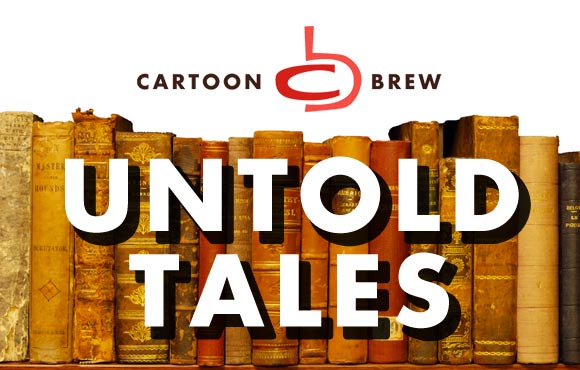 As long as I’ve loved animation, I’ve been fascinated with the personal stories of people who work in the animation business. Not simply, “What character did you make?,” but WHY and HOW did you make it? I became actively involved in documenting those stories when I published the print ‘zine Animation Blast, and it’s something I’ve never stopped doing. For me, it wasn’t just about talking to a handful of familiar directors and animators, but to talk with everyone, especially those who had worked quietly in the trenches and whose stories hadn’t yet been told.

Today, on Cartoon Brew, we are proud to launch Untold Tales, a new regular section dedicated to long-form storytelling about life in the animation industry. The idea is simple: the stories that’ll be shared here are by individuals whose perspective hasn’t been documented elsewhere. The stories are unfiltered, the perspectives are personal, and the narrative belongs entirely to the person telling it—unedited by any studio.

Our first author is Steve Hulett whose memoir Mouse in Transition will be published over the next few months. Steve worked as a writer at Disney during a key transitional period in the studio’s history when the legendary Nine Old Men were retiring and a new group, Steve among them, was entering the company. His credits include The Fox and the Hound, The Black Cauldron, The Great Mouse Detective and Oliver & Company, and his stories capture both the turmoil and triumphs of Eighties Disney, shortly before the studio’s resurgence that began with The Little Mermaid. It’s a fascinating read that we are excited to present as Cartoon Brew’s first untold tale.

You can currently read the first chapter of Mouse in Transition—“Disney’s Newest Hire”. New chapters will be published every Wednesday until the book is complete.