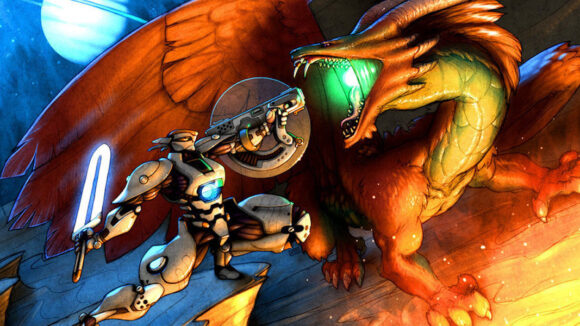 Animation is undergoing a renaissance, fueled by new technologies and sophisticated storytelling that appeals to all generations. It is a viable career pathway with diverse opportunities.

Key to fostering those opportunities is the guidance of professionals. Below, masters and innovators who teach 2d animation discuss their enduring love of the medium, what inspired them to become animators, and how they pass on the secrets of their craft.

“I once asked my parents why they didn’t watch cartoons,” says Sykosan, a 2d animator whose distinctive modern style blends Western and Japanese influences. “They said I’d stop watching them when I grew up. I wasn’t happy with that answer and told myself I would never stop loving animation.”

The childhood ritual of perching in front of cartoon marathons is, for most, no more than a fond memory. But for others, it sparks the dream of a career in animation.

At CG Spectrum College of Digital Art & Animation, 2d innovators like Sykosan and old-school masters — who have been animating since the 1980s — unite under one roof to mentor the next wave of 2d artists in the Advanced 2D Animation Diploma, a specialized online course that prepares aspiring animators for a career in the entertainment industry.

Here are some of the ways these veterans use their influence to help future animators cultivate their own unique style, while paying homage to the roots of the craft.

Jim Richardson is a 2d animator who worked on Scooby-Doo and Disney Junior spots based on 101 Dalmatians, Beauty and the Beast, and The Little Mermaid. He grew up on a steady diet of Warner Bros., Hanna-Barbera, and Disney.

Richardson’s first attempt at animation was a clunky stop-motion short that used a ball of kneaded dough. He then moved onto flip books, hand-drawn animation, clay animation, and animated magazine cut-outs inspired by Terry Gilliam and Mike Jittlov. He began the mastery of his craft with his own evolution of animation techniques.

“I love showing students classics from Lotte Reiniger, Tex Avery cartoons, MGM Tom and Jerrys, Chuck Jones, and anything else they need to know about,” he says. “We have control now to study certain scenes frame by frame, learn how they made the drawings move, how they used dry brush and other techniques. There’s so much to learn from films of the past.”

Richardson sees a lot of anime influence in student work, and is impressed when he sees a student develop an original style. “There are so many styles of animation to draw from,” he continues. “The trick to originality is to master those styles and fuse them to discover your own style. This takes time, practice, and patience, but it is the road to true innovation.”

Alfredo Cassano is a 2d animator and storyboard artist who worked on Klaus, The Secret of Kells, Tom and Jerry, Gravity Falls, and Nella the Princess Knight, as well as projects from Warner Bros., the BBC, and Cartoon Network.

As a young boy, Cassano would rush home from school, turn on the tv, and break out in goosebumps when Mickey and Donald’s faces appeared. For Cassano, becoming an animator was not a conscious decision but a natural progression.

Cassano’s technique is to concentrate on reality, body language, and storytelling in his classes. Students are shown the classics of animation, and it is left up to them to develop a style naturally. Cassano understands that the artistry of each great animator is absorbed by new generations, further refining the artform. His job is to guide the students’ natural growth through exposure to the form.

“I always think about the kind of teacher I wanted for myself,” he says, “and try to resemble that figure: someone who is crystal-clear at explaining things, not afraid of showing his struggles and limits, and has the greatest respect for people who will likely become colleagues.”

Some of Alfredo Cassano’s work on “Klaus”:

Sykosan’s animation career started later in life. In the final year of his architecture degree, he created a short animated film which was heavily influenced by his love of sci-fi films such as Blade Runner, Akira, and Ghost in the Shell. He enjoyed the experience so much that he enrolled in an animation course after completing his degree. Sykosan has since worked across a range of industries including advertising, features, video games, and music videos, with clients such as Katy Perry, the BBC, Netflix, Sony, and MTV.

Alongside meeting clients’ needs, Sykosan works hard to evolve his own style and explore new directions, setting an excellent example for his students: “It is those animations I have created for myself that have helped my career forward. By being innovative and pushing myself, employers notice and give me more opportunities.”

Although his primary influence is anime, Sykosan remains in awe of the graceful, timeless quality of the Disney classics, and aspires to recreate this elegance in his work.

2d animator Marissa Fonte grew up a Disney kid: “I would watch Disney movies over and over until the VCR player malfunctioned. My dad got so tired of fixing it every time I wanted to watch another tape that he taught me how to fix the VCR myself.”

But it was Avatar: The Last Airbender in the early 2000s that inspired Fonte to become an animator; the designs and world drew her in and ignited the desire to create. Her grandmother, a fashion illustrator, instilled the idea that an artistic job was a viable option.

Fonte has since carved out an impressive animation career working with Bento Box, Shadowmachine, Stoopid Buddy Stoodios, and Warner Bros. Animation. Some of her more recent projects include Duncanville (on which she was the animation supervisor), Final Space (retake animation director), and The Great North (animator), plus several shorts.

In developing her craft, Fonte spends her time working on studio projects, but outside the work day she explores boundaries with her personal projects. She draws caricatures, experimenting with how far she can push the line work while still keeping the integrity of the subject’s likeness. Fonte sees classic animation as the establishment of the rules which innovators can break, and encourages her students to experiment and develop their own style.

Image at top: artwork by Sykosan