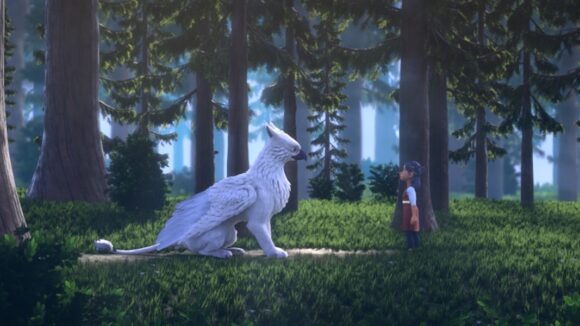 Study animation, computer arts, and visual effects with the School of Visual Arts (SVA) and become part of an award-winning community. SVA was announced as the best animation school in the world by The Rookies in 2019.

SVA has been a leader in the education of artists, designers, and creative professionals for more than six decades. With a faculty of distinguished working professionals, a dynamic curriculum, and an emphasis on critical thinking, the school is a catalyst for innovation and social responsibility. Comprising more than 6,000 students at its Manhattan campus and 35,000 alumni in 100 countries, SVA also represents one of the most influential artistic communities in the world.

SVA’s alumni often continue on after graduation to work on fun, diverse, and exciting projects — and always remember their time in school fondly. Take a look at its amazing alumni’s projects from when they were students and see what they are up to now:

Kawo a.k.a. Sushijojo (2015) has been working as an independent animator and showing in international film festivals and art exhibitions since then.

His latest animation, Flamingo, was recently included in the fall 2019 MFA Computer Arts exhibition “I _____ America and America _____ Me” and is currently showing his films in various international festivals around the world.

Melody Shih (2016) has been making animation that has been included in many festivals and awards ceremonies, including the Emmy Awards, Vimeo Staff Picks, and the Motion Awards.

Recently Melody has been leading design for projects at CNN. She recently had the opportunity to be a lead designer on Destroyed, an investigation that uncovered that police destroyed evidence in more than 400 cases before the statutes of limitations expired or when there was no time limit to prosecute. The piece was nominated for Outstanding Graphic Design and Art Direction at the 2019 Emmy Awards.

“After the story was published, lawmakers, politicians, and victim advocates [fought] for change,” Shih says. “It’s so incredible to know that animation/visual storytelling is so powerful, and it can create real-world change.”

“After graduation, I joined Volvoxlabs as an experiential designer,” says Nontananandh. “I am in charge of designing and creating 2d and 3d motion design contents, alongside developing interactive systems and detailed techniques for conventional and unconventional mediums such as motion graphics for short-/long-term installations, live shows, night clubs, and volumetric sculptures.”

Recent graduates Anthony Muscarella, Emily Mai, Lilly Chin-Hong, and Winnie Feng teamed up to create their thesis film, Butera, in BFA Computer Art, Computer Animation, and Visual Effects. Since graduating in May 2019, Muscarella has made his way to Pixar Animation in California, Mai has been at Nathan Love and Hornet in New York, Chin-Hong has been working at Nickelodeon in New York, and Feng is at MPC in Montreal.

After graduating, Mai had the opportunity to freelance at Nathan Love. “I was jumping from modeling, surfacing, and compositing for an unreleased spot,” she says. “I also had the opportunity to do some minor modeling and surfacing for Vitamin Water Chaos and created effects in comp for the countdown clock in Harry Potter Times Square Takeover. I really enjoyed the versatility at Nathan Love, as well as being part of the entire pipeline.”

Feng has been gaining experience on film projects during her time at MPC. She says, “Working on the thesis film Butera really allowed me to explore storytelling while challenging me to improve my skills technically. I loved working with my friends to create something special. Since graduating, I’ve been at MPC in Montreal, where I work on films. The first project that I played a small part in is The Call of the Wild. I had an amazing experience collaborating with a dedicated and passionate team of artists.”

SangHyoun “Domcake” Han’s (2018) thesis film, Emunah, found success as a finalist for the Student Academy Awards and the Autodesk Rookies Film of the Year. Since then he has been working in New York at The Mill, a vfx studio. He has done work for many brands, but one particularly memorable project was Stonewall Forever, a living monument to 50 years of LGBT pride hosted by Google.

“It means a lot to me that I participated in this historical event. The project was also advertised in many different media, including billboards, so I enjoyed seeing the results,” he says.

Jeric Pimental and Nico Del Giudice collaborated on their senior thesis film, David Mills, in BFA Computer Art, Computer Animation, and Visual Effects. Together they created a vfx piece that combines elements of live action and cgi. After graduating in 2015, Del Giudice has been working as a vfx supervisor at the Molecule in New York, and Pimental has been freelancing as a compositor at various New York studios.

“Growing up I always knew I had a passion for film, cinematography, and video games,” Pimental says. “It was at the SVA Computer Art program where I discovered that I can be the one combining all those elements together. Teaming up with Nico was the greatest thing because we both had a similar vision that stood out as a live-action piece with realistic cg elements. After graduating, I’ve worked as a compositor in studios in New York such as MPC, Crafty Apes, and FuseFX, where I continued to work on live action and visual effects.”

Lake Fama (2018) worked in commercial freelance after graduation until they moved to L.A., where they continued freelancing until eventually getting picked up for a storyboard revisionist position on the Wacky Races reboot at Warner Bros. Though the show was abruptly shut down, Dreamworks quickly hired Lake for a storyboard artist position. They have been on the same show ever since — an unannounced musical comedy show that they hope to be able to talk more about soon! 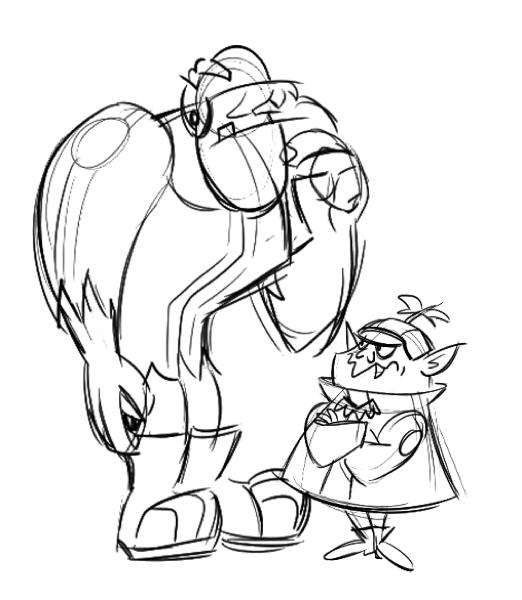 Kelly Kirsch (2019) has been busy doing freelance work since graduation, most significantly as a lead character artist for the upcoming Chimera Labs indie game OTHER: Her Loving Embrace. With the Kickstarter campaign successfully wrapped up in October, the game was recently announced for release on the Nintendo Switch.

Another recent graduate of 2019, Michael Carfora, fondly remembers receiving an animation test from Titmouse during the last week of classes. “I’ll never forget animating that test. Everyone was crammed into the animation labs, feverishly working to complete their finals, radiating heat, anger, and frustration, but mostly heat… I was sweating my ass off, toiling away at my Cintiq trying to make this three-second masterpiece. Twenty-four vector-based drawings were to decide the fate of my professional future…”

He got the job and animated on an awesome show (that he can’t talk about yet) from May to October. Since then, he has been working on personal projects and collaborating with friends, most recently working with fellow 2019 graduate P.K. Walsh on a short film called Book of Gosh.

Graduates of the School of Visual Arts’s animation programs are currently working as directors, producers, and creatives in television, commercials, games, and film. They are pioneering new work in vr, exploring multimedia installations, and bringing their personal projects to life.