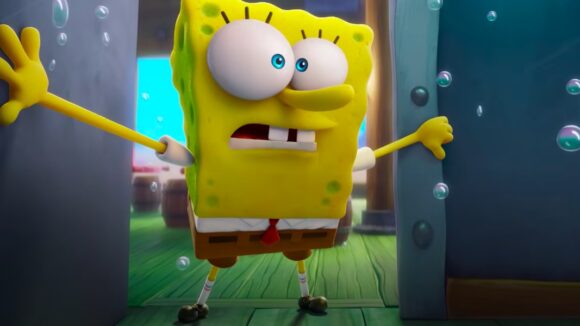 One of the big animation casualties of the coronavirus is back on its feet. Three weeks after the theatrical release of Paramount Animation’s The Spongebob Movie: Sponge on the Run was cancelled, news has broken that Netflix will bring the film to the world.

The deal excludes China, where Netflix doesn’t operate, as well as the U.S., where the film will debut next year on premium VOD then move exclusively to CBS All Access, Paramount’s sister subscription VOD service (both are owned by ViacomCBS). Paramount reportedly plans to release the film in Canada, after which Netflix will stream the film in the country. Variety first reported the news.

While no date has been announced for the overseas release, Netflix is not obliged to wait until the film comes out in the U.S. Representatives for Netflix and ViacomCBS did not immediately reply to Variety’s request for comment.

The deal isn’t a huge surprise. ViacomCBS is revamping CBS All Access as a major streaming competitor and plans to roll out the new service internationally within 12 months, but these plans are not yet concrete. Netflix previously picked up Paramount’s live-action rom-com The Lovebirds after its theatrical release was pulled amid the pandemic.

Sponge on the Run is the third feature in the beloved franchise, and the first to feature fully cg versions of Stephen Hillenburg’s characters. The last film, 2015’s Sponge Out of Water, grossed $325 million worldwide. According to Variety’s sources, the Netflix and CBS All Access deals have covered the budget for Sponge on the Run, which is unknown but estimated to be in the $60 million range.