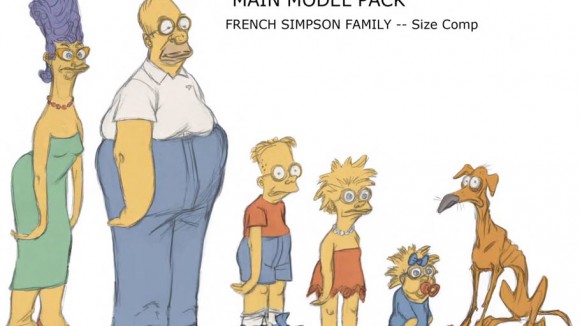 The elaborate Simpsons couch gag directed by Sylvain Chomet (Triplets of Belleville, The Illusionist) now has a making-of video courtesy of the production company that produced the opening, London-based th1ng. Th1ng founder Dominic Buttimore and animator Neil Boyle appear with Chomet in the video.

The only problem Sylvain recalls was to do with reconciling his style with that of Matt and The Simpsons’ animators. Sylvain’s characters don’t have round eyes like the Simpsons, so he had trouble making them recognisable while retaining his aesthetic. His solution was to give them all glasses – a bit of lateral thinking that makes a big difference.