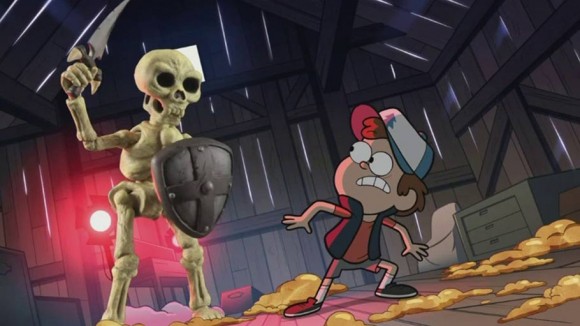 The latest episode of Gravity Falls, which is done in an anthology format a la The Simpsons’ “Treehouse of Horror,” includes an ambitious tribute to stop motion legend Ray Harryhausen (1920-2013) with actual stop motion animation that references Harryhausen films like The 7th Voyage of Sinbad and Jason and the Argonauts. Harryhausen appears in the episode as “Harry Claymore” and there are plenty of inside jokes about the animation process, as well as a stop motion gag about Gumby.

The stop motion segment, “Clay Day,” starts in the video below at around the 13:25-minute mark. Unfortunately, the video is cropped, but you’ll get the idea: