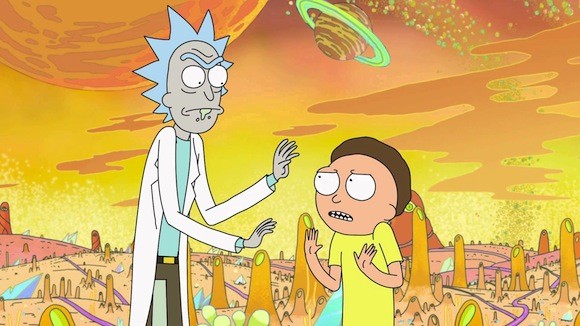 Partly an observation of the network as it tries to capture a bigger prime time audience, the piece by John Jurgensen hones in particularly on Mike Lazzo, high-school dropout from LaGrange, Georgia-turned-executive vice president and creative director of the popular cable network, whose “instincts and taste for counterintuitive programming have shaped Adult Swim.” Lazzo has had remarkable longevity as a Cartoon Network exec, having helped develop early Cartoon Network hits like Powerpuff Girls, Dexter’s Lab, and Courage the Cowardly Dog, before switching to the Adult Swim side.

The piece highlights Lazzo’s positive and productive working relationships with his creators, and how he makes an effort to not interfere with the creative process, which in turn leads to creators respecting him.

One creator evidently appreciative of Lazzo’s style of leadership is Dan Harmon, creator of Community and co-creator of Adult Swim’s Rick and Morty, whose erratic work habits led to a highly publicized falling out with NBC. “You don’t want to let Lazzo down,” Harmon is quoted as saying in the piece. “Which, as a writer, is such a crazy thing to hear yourself say about a suit.”

In a sidebar, Jurgensen gleans some essential “shop rules” from his observations of the “creative hothouse” of Adult Swim. Among them is Lazzo’s own philosophy of taking more risks with less money: “In film and television there’s such a financial pressure on success that everybody gets very conservative. I think we do it the opposite way: Don’t spend any money, but be more encouraging of risk. If we purely by luck stumble into something good, we’ll feed it.”

The sidebar also features an illuminating quote from Adult Swim exec Jason DeMarco about Lazzo shielding his writers and producers from dealing with the standards and practices department about potentially offensive content. “He beats the crap out of [the creators] to get a show he likes, so from that point on he wants them to feel supported.”