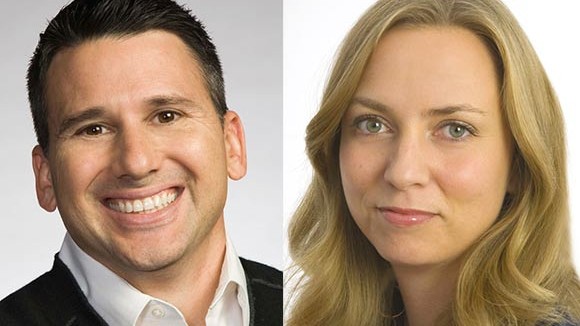 EXCLUSIVE: As part of Nickelodeon’s ongoing reshaping of their animation division, three of the studio’s top animation executives were laid off last Friday.

Rich Magallenes was an 18-year veteran of the company who began working at the studio in 1997 as a freelance story consultant on shows such as Rugrats, The Wild Thornberrys and Angry Beavers. Jenna Boyd was also an 18-year veteran of the company, who started at Nickelodeon as a production intern on Kenan & Kel. Jill Sanford had joined Nick in 2012 from Disney where she had been the director of original series for Disney Television Animation.

“As announced, we are in the process of restructuring and there will be employees leaving the company as a result,” a Nickelodeon spokesperson told Cartoon Brew. “We are so grateful for the contributions they have made to Viacom.”

“Our industry is in transition and change does not always come easy,” Viacom CEO Philippe Dauman wrote to employees at the time of that announcement. “We are working hard to adapt to changing audience behavior, to incorporate new forms of distribution and to better integrate technology into everything we do.”

In recent months, Nick Animation has been making an effort to address the shortcomings of its executive-driven approach to series creation and promote a renewed focus on artist-driven projects. It has touted its Artists Collective and Writers Fellowship programs as keys to finding the next SpongeBob. When describing the value of these programs, Russell Hicks, Nick’s president of content development and production, said, “We’re trying to build a culture that’s unlike anywhere else in the world right now.”

Last week the studio made public its plans to significantly expand its Burbank facilities with a new five-story building that will be completed next year. The studio’s new series, C.H. Greenblatt’s Harvey Beaks, will premiere on March 29, 2015.