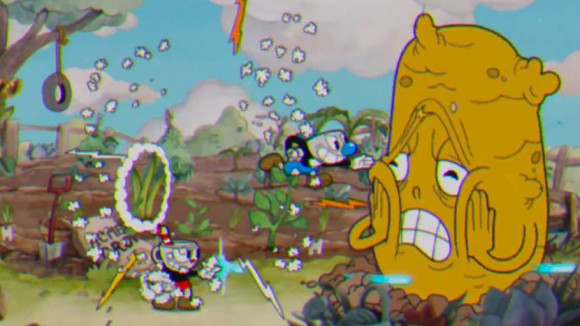 Fans of retro-rubber hose animation and gamers alike have been clamoring for the indie run-and-gun platformer Cuphead for a year-and-a-half now. Well, it’s going to take a little longer.

At E3, StudioMDHR, operated by brothers Chad and Jared Moldenhauer, announced that the game won’t be out until 2016. But the brothers released a new trailer full of loopy animation love, gorgeous watercolor backgrounds, and designs that would make Ub Iwerks and Max Fleischer proud. Some people have called it the best thing at this year’s E3.

Along with the new trailer, MDHR announced that the game will be out for both PC (Steam) and Xbox One.