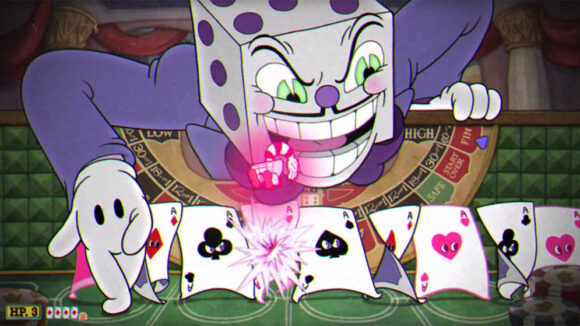 The classically-styled hand-drawn game Cuphead has turned out to be not only a unique creative accomplishment, but also a major financial success.

In its first two weeks since its release, the Studio MDHR game is estimated to have sold over 575,000 copies through the Steam store, according to the sales tracking site Steam Spy. It is ranked this week as the fourth-bestselling game in the store.

These already impressive figures do not take into account downloads for the Xbox One console. While figures are unknown for that platform, Xbox chief Phil Spencer confirmed yesterday that the game is “selling very well” on Xbox as well.

Cuphead is being sold for $19.99, and assuming that Cuphead has generated 750,000 digital downloads across all platforms, that amounts to around $15 million in sales over its first two weeks. [UPDATE: The creators of Cuphead confirmed this afternoon that Cuphead has sold over 1 million copies, which means that the game has generated $20 million in its first two weeks.]

Cuphead still has a lot of runway to earn money, both from downloads as well as tangible media. The property is represented by King Features, and they have already licensed it to Funko, which will release vinyl Cuphead figures later this fall. Additionally, a four-LP vinyl box set of music from the game is being distributed by IAm8Bit.

The game makers have also confirmed plans to eventually release a physical collector’s edition of the game.

The wild success of Cuphead is even more remarkable considering that it is a retro-flavored homage to 1930s-style rubber hose animation. Throughout the years, there have been countless throwback animated shorts created in this style by independent animators, but few have generated significant revenue of any sort, and none have captured the imagination of the public in the same manner as Cuphead.

It reminds me of an interview that we published earlier this year with celebrated independent filmmaker David OReilly. In it, OReilly lamented how he was “going broke making film after film” and was surprised when his first game, Mountain, “became the first time I made any real money with my own work.”

The experiences of Studio MDHR and OReilly, as well as other recent animation-influenced projects like Night in the Woods and Knights and Bikes, point to a shift in the world of independent animation. Filmmakers who traditionally might have expressed bold graphic visions through linear entertainment are translating their ideas into interactive formats, and for the first time, generating meaningful revenue from their creations.

Clearly, not every short film idea needs to be a game, but filmmakers and animation creators at least now have the option of choosing whether to create a traditional film or a game. As the technology barriers and costs of independent game creation continue to fall, expect more animation creators to make the shift from filmmaking into game creation.