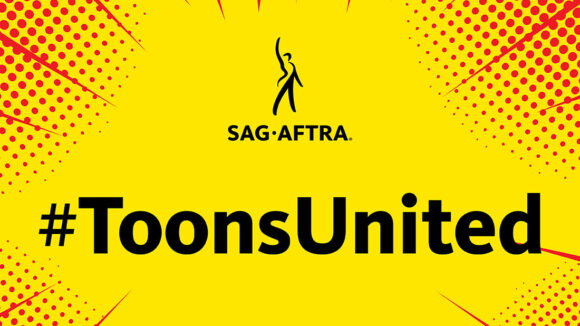 A strike of tv animation productions appears to have been averted after SAG-AFTRA (Screen Actors Guild‐American Federation of Television and Radio Artists) and the Alliance of Motion Picture and Television Producers (AMPTP) reached a tentative agreement for a new three-year contract.

SAG-AFTRA, the union representing actors in Hollywood, had argued that performers on animated series weren’t getting a fair deal for the shows produced for subscription-based streaming platforms. The central issue for the actors, as earlier reported, was the refusal by producers to offer scale wages or residuals for animated series made for platforms like Netflix and Amazon. In July, an overwhelming percentage of SAG-AFTRA had voted in favor of striking if a deal could not be reached with the producers.

Those issues appear to have been resolved now as the two sides issued a joint statement yesterday: “SAG-AFTRA and the AMPTP are excited to announce that a tentative agreement has been reached covering animated programs produced for television, including network television, basic cable and streaming platforms such as Hulu, Netflix and Amazon Prime. The new deal is subject to ratification by SAG-AFTRA and will continue through June 30, 2020.”

Voice actors had been working under expired contracts for the past year, since the old deal expired on June 30, 2017.

Addressing the issue of streaming animation had taken on greater urgency as there are now nearly as many animated series being made now for streaming as there are cable. Between July 2017 and June 2018, 22 new animated series have gone into production for subscription-based streaming services, as compared to 23 new series that have gone into production for basic cable.

Terms of the new deal between SAG-AFTRA and AMPTP have not been disclosed.