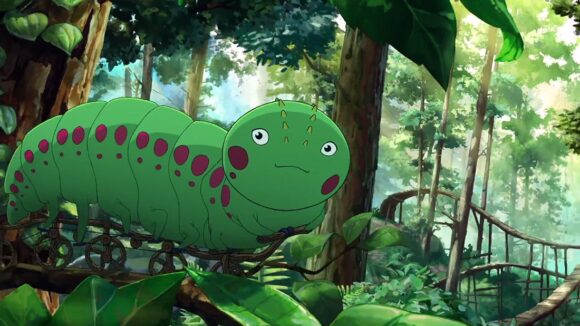 The state of Oregon has launched a new tourism campaign — “Only Slightly Exaggerated” — centered around a 90-second anime-styled commercial that aspires to capture “the magical feeling of being in Oregon.”

The campaign launches today in Portland, San Francisco, Seattle, and Phoenix, and will include media buys in theaters, tv, digital, and “out of home.” New content, including GIFs, stills, and other short animation will be launched throughout the year.

“We thought Oregon deserved better than just another travel ad,” said Wieden+Kennedy agency art director Nick Stokes. “So we turned to animation to try and capture its magic. We’re very proud of the work, and I’m honored to represent my home state in such a unique way.”

Animation was produced by Psyop and Sun Creature Studio, with an original score performed by the Oregon Symphony.