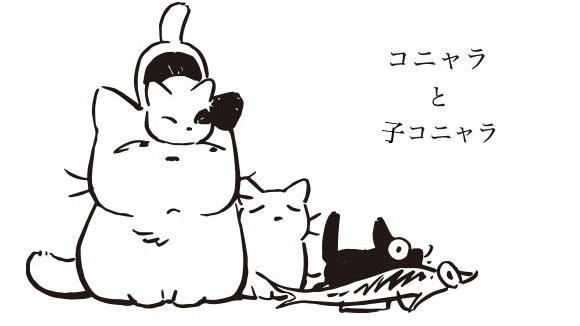 Japan’s Studio Ghibli may not have any feature films in production at the moment, but they’re still producing animation. They released their latest work today: a 30-second spot for Japanese food and manufacturing conglomerate Nisshin Seifun featuring the cutest darn collection of brush-inked cats you’ve ever seen.

The hand-drawn spot, which draws upon traditional Japanese sumi-e painting, was directed by Ghibli mainstay Katsuya Kondo (animation director of Ponyo and From Up on Poppy Hill). For more info on the piece, visit the Nisshin website (in Japanese).

The main cat character is based on an illustration by Ghibli producer Toshio Suzuki and has appeared in a couple other commercials since 2010:

And while we’re on the subject of food and Studio Ghibli, here’s footage of Hayao Miyazaki cooking a late-night dinner for his crew as they worked overtime on Spirited Away.