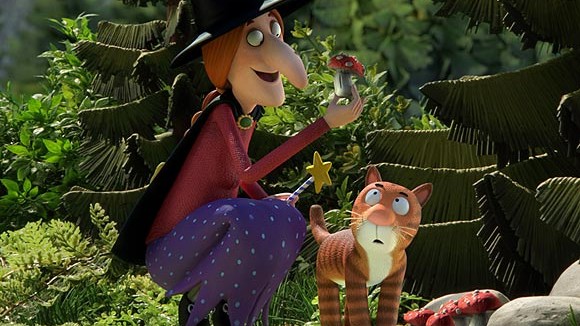 Although the BAFTA awards are generally touted as Britain’s equivalent to the Oscars, a key difference is that the BAFTAs are divided into multiple sets, amongst them film, television, video games and children’s entertainment. As would be expected, animation tends to be a force to be reckoned with in the last of these areas.

The 2013 British Academy Children’s Awards, held on Sunday, were no exception. The long list of winners included many animation properties:

Though the BAFTA Children’s Awards won’t have much of an effect on AMPAS voters, it’s worth pointing out that the kids’ vote for best feature went to Despicable Me 2 which is contending for an Oscar this season. Also, best animation winner Room on the Broom is among the ten shorts currently shortlisted for the short subject Oscar.

In addition, the animation-heavy CBeebies was named Channel of the Year. A complete list of winners can be found on the BAFTA website.