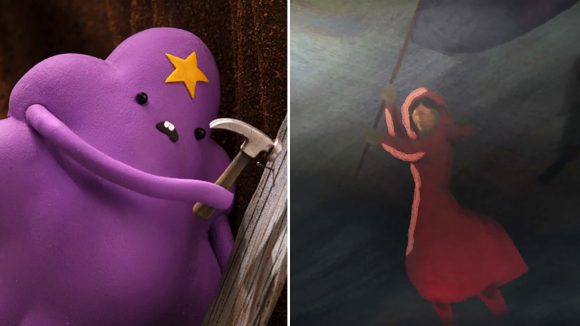 The Television Academy has announced the juried animation award winners for the 68th Emmy Awards, which will be presented this Sunday, September 11.

The winners in the category for outstanding individual achievement in animation are:

Both Tsirgiotis and Herpich won awards last year, too: Tsirgiotis for his work as background layout designer on the Over the Garden Wall mini-series, and Herpich for storyboarding the Adventure Time episode “Walnuts and Rain.”

The juried categories are evaluated by a peer group of professionals. Unlike the other Emmy animation categories, there are no nominees, but instead a one-step evaluation and voting procedure. According to the organization:

Deliberations include open discussions of each entrant’s work, with a thorough review of the merits of awarding the Emmy. At the conclusion of each deliberation, the jury considers the question, “Is this entry worthy of an Emmy award – yea or nay?” Only those with unanimous approval win.

Cartoon Brew will publish a piece shortly with Emmy-winner Jason Carpenter about his work on He Named Me Malala.