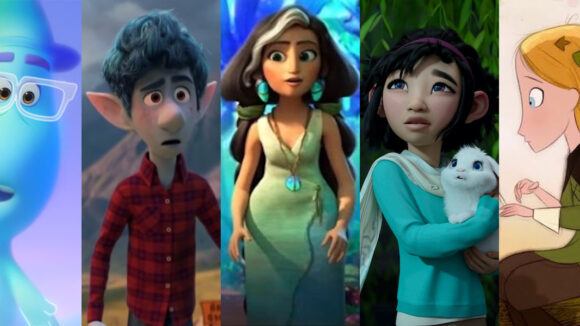 At last year’s Golden Globes, Laika’s Missing Link was able to win, besting three films from Disney and one from Dreamworks. Notably, Missing Link was the only original story among the nominees, the other four all being sequels or remakes.

This year marks a reversal of that, with only one of the five contenders a sequel. The other four are all based on original ideas.

Perhaps like last year, this will be another year for a critically acclaimed studio to snag its first Globe. With Wolfwalkers’ nomination, the Kilkenny, Ireland-based studio Cartoon Saloon sees a second opportunity, following Nora Twomey’s nomination for The Breadwinner in 2017. Wolfwalkers is also the first animated feature to be released by Apple, and so marks the tech giant’s first nomination in the category.

Glen Keane’s feature directorial debut Over the Moon is Netflix’s first entry in the category as well. Last year, the streamer failed to secure a nomination for either of its high-profile contenders, Klaus and I Lost My Body. Regular nominee Dreamworks is back with The Croods: A New Age, a sequel to The Croods, which was nominated in 2013.

Pixar has two films in the running: Pete Docter’s Soul and Dan Scanlon’s Onward. Soul marks the third nomination for Docter, who won both previous times for Up (in 2010) and Inside Out (in 2016). While Disney, broadly speaking, often has multiple nominees in the category, it’s rare to see two Pixar films competing directly with each other: that has only happened once before, with Inside Out and The Good Dinosaur.

Due to the pandemic, these films were, on the whole, watched mostly by viewers at home. Over the Moon and Wolfwalkers were planned for streaming services (with limited theatrical runs) from the start, while the other three releases were adapted to Covid. Soul launched exclusively on Disney+, while Onward was released in theaters shortly before the lockdowns hit the U.S.; it was fast-tracked to streaming after that. Meanwhile, The Croods: A New Age was also released via premium video on demand following a limited theatrical run.

Here again are the nominees for the 2020 Golden Globe for best animated feature:

Soul also earned a second nomination for its original score by Trent Reznor, Atticus Ross, and Jon Batiste. The other nominees in the category are The Midnight Sky, Tenet, News of the World, and Mank.

The Golden Globes, now in their 78th year, are presented by the Hollywood Foreign Press Association (HFPA), a group of journalists who cover the Hollywood entertainment industry for international publications.